Life   More Features  12 May 2019  The UN push on climate change is shaping up amid geopolitical shifts
Life, More Features

UN kicks off major climate change effort as it will be a tragedy for the whole world. 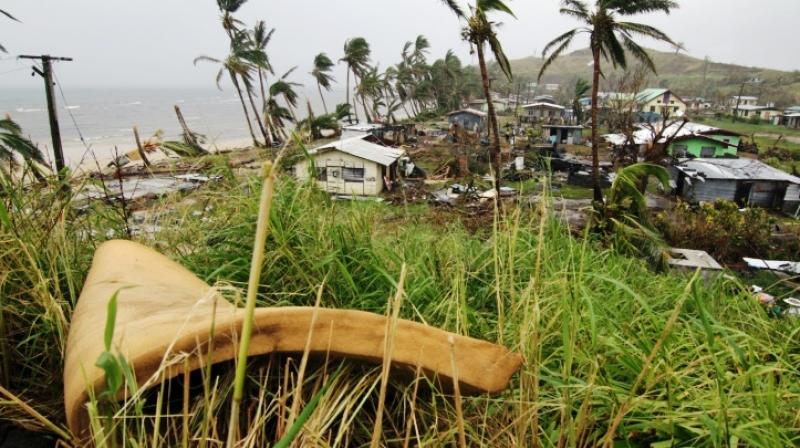 The US administration is not taking part in summit preparations but has not said it will skip the event, according to UN officials. (Photo: AFP)

Washington: UN Secretary-General Antonio Guterres calls it the defining issue of our time: climate change is moving to the centre stage at the United Nations, three years after the Paris agreement went into force.

A major UN push for progress on climate change kicks off next week when Guterres travels to New Zealand and several Pacific islands, where rising sea levels are threatening the very existence of those small countries.

The stepped-up diplomacy will culminate with a climate action summit at the United Nations in September, an event billed as the last chance to prevent irreversible climate change. "We are still losing the battle," Guterres told reporters last week. "Climate change is still running faster than we are, and if we don't reverse this trend, it will be a tragedy for the whole world."

In Fiji, Tuvalu and Vanuatu, Guterres will meet with families whose lives have been upended by cyclones, flooding and other extreme weather events. Pacific island countries face an especially dire risk from climate change because of sea level rise. In some cases, low-lying countries could disappear completely.

Fiji is working to build a coalition of more than 90 countries from the Caribbean, Africa and Asia facing the climate crisis. "We hope that the secretary-general will draw far more inspiration from his first visit to go further, faster and deeper with the climate summit," Fiji's UN Ambassador Satyendra Prasad told AFP.

"We are very hopeful that the climate summit will mark a turning point." The UN push on climate change is shaping up amid geopolitical shifts: the United States under Donald Trump has decided to pull out of the Paris agreement to combat global warming, giving China more space to assert its views.

"The Trump administration's disdain for climate diplomacy has left China looking like the main guarantor of the Paris agreement," said Richard Gowan, UN director for the International Crisis Group.

"While China is increasingly active across the UN, other states are suspicious of its stances on human rights and development. But it is the indispensable power in climate talks now." Trump announced in 2017 that the United States would exit the Paris agreement, but under the terms of the deal, the withdrawal will only become effective in 2020.

The US administration is not taking part in summit preparations but has not said it will skip the event, according to UN officials. Guterres' mission may also be further complicated by Trump's nomination of Kelly Knight Craft as UN ambassador.

Craft, who is married to a major coal magnate, raised eyebrows for declaring that she believed "both sides" of climate science, indicating she may well be out of sync with the UN on the issue. Guterres has told leaders to bring plans, not speeches, to the summit to be held in New York on September 23 during the annual gathering of world leaders at the United Nations.

The summit is seen as critical because of US resistance to discuss climate change at other forums including the G7 and G20, and again last week at a meeting of the Arctic Council in Finland. "What people are looking for is countries to commit to major ambition increases in 2025 and 2030 at the summit or in 2020," said Nick Mabey, head of the E3G climate think tank.

This should include legally binding targets for countries to phase out coal, become climate neutral and invest in climate resilience, especially for the poorest countries, he added. A string of apocalyptic reports on the state of the planet is bringing home the need for concrete steps.

One million species are on the brink of extinction. Carbon dioxide emissions continue to rise, pushing targets from the Paris accord further out of reach. UN climate envoy Luis Alfonso de Alba told AFP on Friday that he was optimistic about prospects for a breakthrough on climate, saying the dire predictions were having a galvanizing effect.