The social media was used extensively by all the leading players to attack each other as much as they spoke at the hustings. 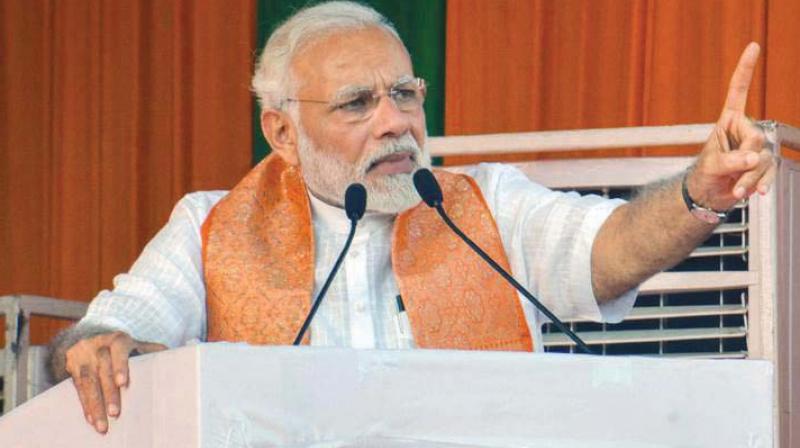 The most vicious and personal campaign has ended in Karnataka and the state goes to the polls on Saturday. The social media was used extensively by all the leading players to attack each other as much as they spoke at the hustings. Never in Indian history could politics have taken a grip on the social media to this extent.

The Prime Minister Narendra Modi, his chief rival to the gaddi in 2019, Rahul Gandhi and the Karnataka chief minister Siddaramaiah, who aims to break the anti-incumbency factor, used the social media to troll each other and tweeple went along, using the social media to air their views depending on where they were tending to lean in this sharp political divide.

Rahul’s mother Sonia Gandhi also figures in the hustings, coming in late with one meeting before campaign came to a close. Her Italian roots were dragged into the issue once again. Trading insults seems to have become a phenomenon in most recent times, with the Gujarat polls probably showing the way.

The sharp polarity among tweeple meant there has been an interesting run-up to the polls regardless of what one’s political inclinations may be.  The verbal jousting proved contentious as well as hilarious as all the principal players got their lines wrong at some time or the other, leading to more mirth on the social media platforms. 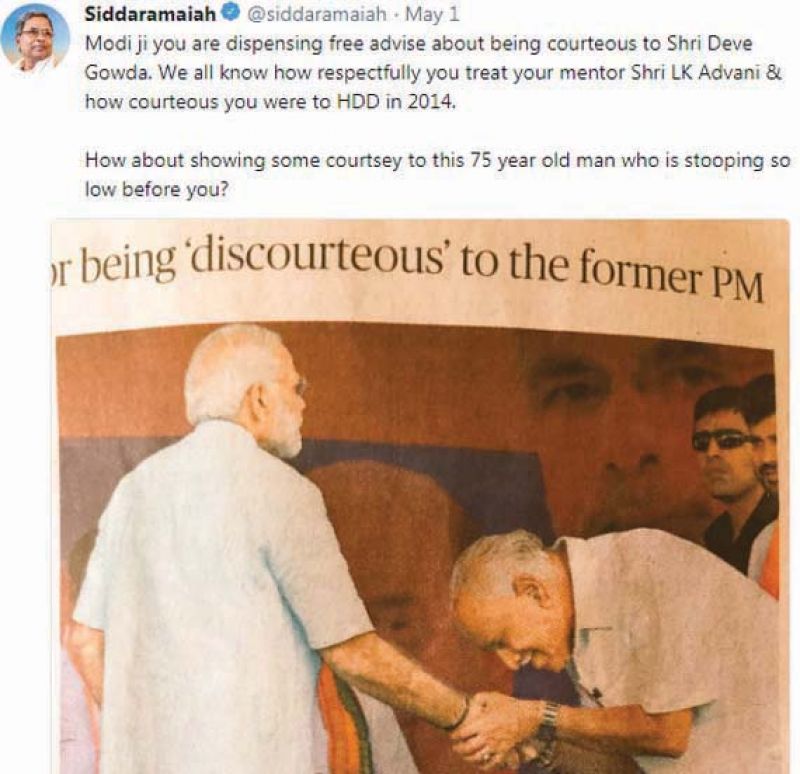 Siddaramaiah @siddaramaiah
Now fake surveys are being sent on Whatsapp groups under the name of BBC. When real victory is eluding them, fake news is being used to enthuse supporters. Sign of desperation in BJP?

First a Fake survey that gives BJP the highest numbers. Now a Fake survey giving the JDS the highest numbers. Need I say more? My appeal to the three parties in the fray (including my own): Let us stick to truth on social media. Dear PM @narendramodi ji, I challenge you to speak about the achievements of B S Yeddyurappa’s Govt in Karnataka for 15 minutes by looking at a paper. Sincerely Siddaramaiah

Barkhadutt @BDUTT
Can @sidaramiah the son of a cattle grazer stop @narendramodi in the South? I write for @washingtonpost on #KarnatakaElection2018 & why I think whoever wins; Siddaramaiah is an intriguing case study of a Subaltern, Non-Elite Liberal.

Narendra Modi @narendramodi
Karnataka Congress has handed over Bengaluru to an infamous trio, which excels in corruption, looting, land grabbing and beating up people. Their actions are against Bengaluru’s culture. My young Karyakarta friends are anguished by the culture of political violence, that is integral to some parties opposed to us. In Karnataka itself, young BJP Karyakartas lost their lives while the state government did nothing. There is no place for such politics in our nation!

Jaiveer Shergill @JaiveerShergill
First #PM Modi in Davos said India has "600 crore" voters -now looks like #BJP is printing and manufacturing voter ID Cards to fulfill this fictional fantasy of Modiji #VoterIDScandal #KarnatakaElection2018fill this fictional fantasy of Modiji #VoterIDScandal #KarnatakaElection2018l Cariappa (both frm Madikeri) as being wronged. They were exemplary army officers and they would give an earful and more to Modi for digging up ruckus like this!!

R.K.Radhakrishnan @RKRadhakrishn
Voters of #Karnataka (by the way its Karnataka not Karnatak), Pl vote for the one singular achievement of our Honorable @PMOIndia: He made Manmohan Singh speak more in the past year than in the entire 10 when he was PM. And, that's a terrific thing for India.

Shama Mohamed @drshamamohd
Only PM #Modi can have a cabinet full of scam tainted ministers, share stage with the family that looted Rs 35,000 cr from #Karnataka, project an ex-jailbird as CM, & then still keep a straight face while talking about Anti-Corruption! #NijaHeliModi #KarnatakaElectio2018

Rahul Gandhi @RahulGandhi
It's a clear fight in Karnataka. Clean Politics vs Dirty Politics. Mafia vs People. With the BJP fielding the corrupt Reddy gang, we are trying a novel approach to fund our candidate. Support our candidate by making a contribution. #CleanPoliticswithINC

When in power, Yeddyurappa and Reddy Brothers looted Karnataka. Our Govt. brought them to justice. Now Mr Modi is trying to take 8 of them from jail, into the Vidhan Sabha. This is an insult to every honest citizen, to Karnataka and to the spirit of Basavanna.

Prakash Javadekar @PrakashJavdekar
Congress philosophy is if real voter is not voting for them, create fake voters. This is happening in #Karnataka . Their corporator is arrested. Conspiracy is clear. Still Congress is doing 'Ulta Chor Kotwal ko dante'.

CA. Rajeev Gupta @RajeevGuptaCA
The wise voters of #Karnataka have already decided to make a shift from "Loot-Us" culture to "LOTUS" culture. BJP is all set to form the next Government with a huge majority of 150+ seats.