Life   More Features  12 May 2018  Prince Harry and Meghan Markle to be named Duke and Duchess of Sussex?
Life, More Features

Prince Harry and Meghan Markle to be named Duke and Duchess of Sussex?

According to traditions, royal men receive a title on the morning of their wedding – with Harry looking set to become the Duke of Sussex. 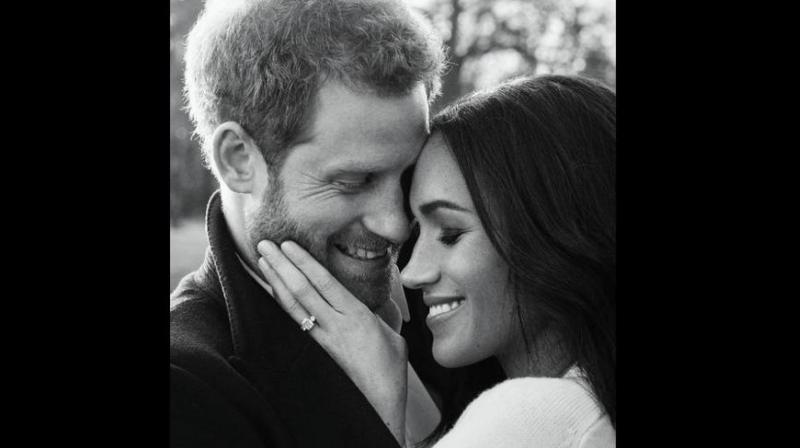 Prince Harry is expected to be given a dukedom by his grandmother, the Queen. (Photo: AP)

According to royal sources, Meghan Markle is expected to become the Duchess of Sussex when she weds Prince Harry.

The American actess will become a fully fledged member of the royal family – with an HRH title to match.

According to traditions, royal men receive a title on the morning of their wedding – with Harry looking set to become the Duke of Sussex.

Prince Harry is expected to be given a dukedom by his grandmother, the Queen.

According to a story published in Mail Onlune, Genealogist Charles Kidd said he believed the Duke of Sussex would be chosen for Harry, meaning Meghan would become Her Royal Highness The Duchess of Sussex.

Speaking about it, he said, “They're quite limited in the titles that are available. The Duke of Sussex is the front-runner without any doubt.”

He went on to add that the others are highly unlikely. According to him Clarence hasn't been used for a long time and it's been sort of tainted by bad luck.

He also added that 'Connaught, with its links to the Republic of Ireland, might not be suitable at the moment.

The dukedoms of Cumberland, Albany and Teviotdale are all suspended, meaning there could be claims to those titles.'

Windsor – last used by the abdicated Edward VIII – is likely to be off the table.

Interistingly, Wallis Simpson – the last Duchess of Windsor, who sparked the abdication crisis of 1936 – was, like Meghan, an American divorcee.

Other options could include Avondale and Kendal.

Previously used titles that are available to Prince Harry  are Connaught, Albany, Cumberland, Ross, Kintyre, Kendal, Sussex and Clarence. Connaught is now a province of the Republic of Ireland and would be very unlikely to be used.

Also, the previous holders of the titles Albany and Cumberland lost their titles after they fought for Germany during World War I. Their heirs are also alive and hence could disrupt any claims to the title.

Ross and Kintyre have not been used in more than 500 years, and Kendal was only used once used for a baby son of King James II, who died during infancy.

However, the previous Duke of Sussex, Prince Augustus Frederick, holds a lot of parallels with Prince Harry.

Born on the January 27 1773 at Buckingham Palace, he was the ninth child of King George III and Queen Charlotte. He was given freedom to develop his own interests, like Prince Harry, and supported many liberal causes.

He was a strong supporter of anti-slavery legislation among other causes such as electoral reform, Jewish rights and Catholic emancipation.

Harry – whose full name is Prince Henry of Wales – could turn down a title, but would be a surprise move.

In this case, Meghan would be known as HRH Princess Henry of Wales.

She is not entitled to be Princess Meghan because she is not a princess in her own right, only through marriage.