A virulence we can do without

Do looks matter? Many from the Northeast of India find that unfortunately, they do, in the current situation 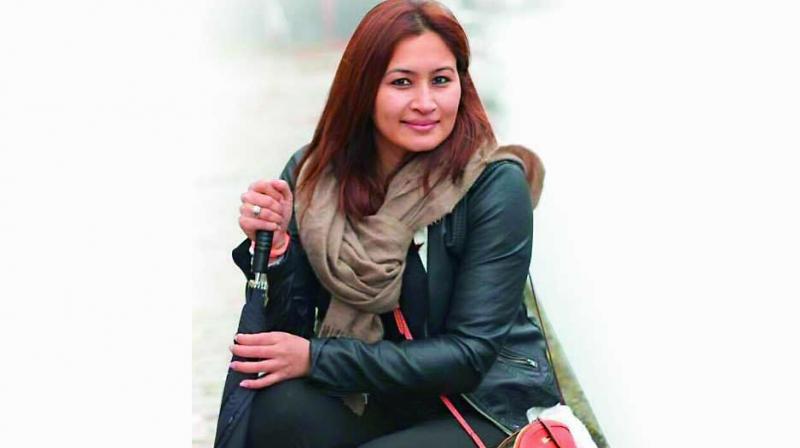 A couple of days ago, two engineering students hailing from the Northeast were barred from entering a supermarket in Hyderabad due to their 'resemblance' to Chinese people, even after they produced Aadhaar cards to establish that they were Indians.

The issue was resolved only when the authorities, alerted on social media, intervened.

This is not a one-off case. There have been several incidents in the city,  where people are being discriminated against because of their 'Chinese looks' in the wake of the Covid-19 pandemic.

William Kan, who runs a Chinese restaurant (Chung Hua) recalls an incident that took place before the lockdown. “My brother was visiting from Hong Kong and we went to the zoo. Kids there called us ‘Coronavirus... Coronavirus’. What could we tell them? They were too small to understand,” sighs William.

Citing another incident of racism, he says a woman who came to his restaurant before the lockdown had asked his staff whether they had recently come from China.

“As much as I understand her vulnerability, we want to clarify that we have been staying here for several years and that we prepare our food from the ingredients we buy from here,” stresses William.

Christina Chen, who has been running a beauty parlour named Woman’s World in Secunderabad for over 25 years, says her staff have been victims of racial abuse.

“My staff (from the North-eastern states) are abused when they go out. People yell ‘Corona… Corona... You guys go back to your country’. Naturally they are hurt when people run away from them,” says Christina, adding that it’s time people stood united in this fight.

“We are all Indians. I was born and raised here and my kids were also born in Hyderabad and speak Telugu too. Since I am in the beauty industry, I take care to maintain hygiene — I have been doing so even before the Coronavirus spread in India,” adds Christina, whose father is from China, while her mother is from Sikkim.

In light of the current situation, it is feared that business at outlets run or staffed by people from the North-eastern States or with Chinese blood will be drastically affected.

A Chinese Indian who runs a restaurant in the city, who did not wish to be named, admits that sales took a sharp dip since February. “Definitely it will take some time before life and business come back to normal; we are just hoping it will happen at the earliest,” he says.

Yuking Yu, the public relations officer of the Overseas Chinese Friendship Association, says it is unfortunate that Chinese people are being targeted.

“Several Chinese are married to Indians and have been staying here for several years. Our children, businesses, friends and communities are Indians. We only hope that solidarity is shown in this fight against the Coronavirus,” he says.
It isn’t just civilians who are subjected to racism. Even celebrities are prey to it.
Badminton player Jwala Gutta has expressed anguish at being the target of discriminatory comments.

Born to a Chinese mother and a Telugu father, Jwala revealed that she was called ‘half-corona’ on social media.

Meiyang Change of Indian Idol fame too recalled a disheartening incident when a few people called him Coronavirus because of his looks.

Aparna Rayaprol, Professor and Former Head, Department of Sociology, University of Hyderabad, explains this irrational behaviour against a few individuals, saying, in the current climate of a global crisis, people need a target to blame. Despite India having been a colonial nation,

“We have inherited racism from the colonisers, which we are unable to shake off,” she says.

"A failure to recognise that people from the North-Eastern region of India are just as Indian as the rest of us, and instead, seeing them as Chinese, is the problem", she says, and adds "prejudice and ethnocentrism make people insult others. We can't blame a nation or a community for a pandemic.