Mubin Tisekar, CEO of The Entertainment Factory, believes that every youngster with an idea needs to start out. 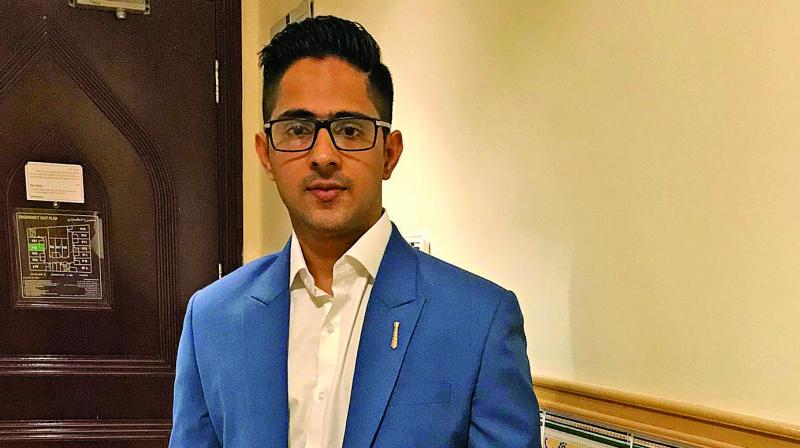 Mubin made his foray into the entertainment industry as a wide-eyed 20-year-old.

Risk taker. Intrepid traveller. A true-blue comedy diehard. Experimentalist. Animal lover. Solitude seeker. But, most importantly, an entrepreneur with a vision — Mubin Tisekar dons several hats on a daily basis. But, if there’s one role that he identifies himself with most, it’s got to be the one as the CEO of the solo venture, The Entertainment Factory.

Mubin made his foray into the entertainment industry as a wide-eyed 20-year-old. He has been actively involved in the curation aspect of the entertainment/ event management scene in London and India ever since. So, it didn’t take the Mumbai boy long to realise what his calling was. “I was a part of The Comedy Store in London. The exposure and the opportunity seemed like a blessing that arose out of the blue, as it gave me an insider’s insight into what stand-up comedy was all about. They were the guys who brought stand-up comedy to India,” he elucidates.

Prior to that, Mubin was also a part of the Canvas Laugh Club and co-founded the Indian Comedy Club. He was awarded the Youngest Programmer in Comedy and Theatre genre. Despite being grateful for the experience he amassed, Mubin was quick to realise that there was something clearly amiss in his growth graph. “During my stint as a programming head, I realised there were a lot of restrictions. For instance, I remember not being allowed to ever accommodate space for Hindi shows, despite my requests and observations that Hindi shows would work. The very realisation also led me into starting up and stressing importance on the fact that every youngster with an idea out there needs to start out. You cannot rely on your job solely for creative satisfaction if that’s what you’re looking for.”

While he still believes there’s a long way to go, Mubin’s solo venture promises to offer a couple of chuckles at rates that are dirt cheap. The Entertainment Factory also makes special arrangements to offer fledgling artistes a platform to nurture their talents. “I’d like to believe that this is a venture that aims to offer quality entertainment in the form of well-thought off budget-friendly gigs. The right to entertainment is not exclusive anymore. For as little as `300, I’d want youngsters to come and enjoy a comedy gig or a DJ night for that matter — with international artistes around. Because, at some point, that’s exactly what I was on the lookout for.”

Despite work keeping him on his toes, the 28-year-old loves to indulge in his other interests whenever time permits. “I have an amazing team, and they really make all the difference. But, when I’m off the (professional radar) I make time for my ground training. I'm usually a sucker for solitude, I love spending time with myself. I’m a big fan of air shows. I love travelling. I love automobiles – aircraft and everything in between,” he signs off.