Tell-all writer on trial over France's 'heist of the century'

Police found the manuscript on Cassandri's computer, and his children later confessed that their father had often bragged about the robbery. 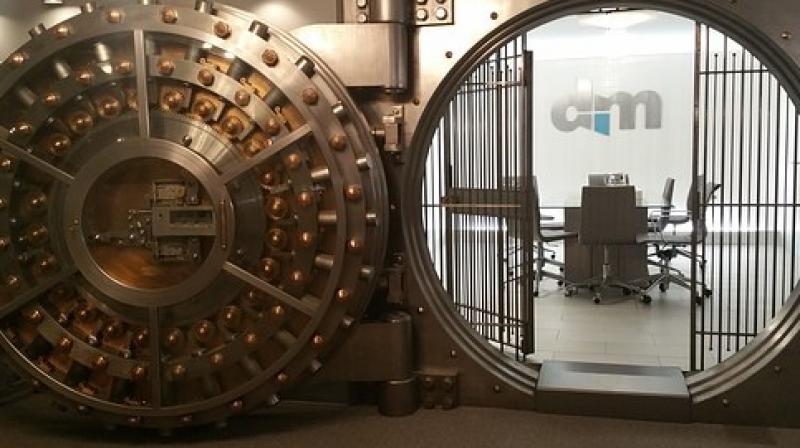 The 1976 robbery at a Societe Generale branch in the southern city of Nice confounded the police for decades. (Photo: Pixabay)

The suspected mastermind of France's "heist of the century" went on trial Monday nearly half a century after robbers tunnelled through sewers to snatch the equivalent of 29 million euros from a bank vault.

The 1976 robbery at a Societe Generale branch in the southern city of Nice confounded the police for decades.

Only one person was ever charged with the crime, with most of the gang disappearing, and the loot -- 46 million francs, about 29 million euros ($36 million) in today's money -- was never found.

But in 2010, the case took an unexpected twist when a career criminal wrote a book in which he portrayed himself as the heist's mastermind.

He used a pen name but investigators quickly concluded the writer was Jacques Cassandri, a key mafia figure in Marseille, where he is now standing trial.

He had assumed he was safe because the crime was too old to be prosecuted, but Cassandri is being charged with laundering the millions from the heist -- a crime for which France has no statute of limitations.

Police found the manuscript on Cassandri's computer, and his children later confessed that their father had often bragged about the robbery.

He eventually admitted to orchestrating the intricately planned job that involved at least six people and 30 tanks of acetylene to fuel the welding torches used to cut into safes and safety deposit boxes.

He said he got only the equivalent of about two million euros, which he quickly spent.

But an investigating magistrate was not convinced, saying Cassandri was broke in 1976 but now sits atop an empire that includes several businesses and real estate.

"This book is a novel, and a novel is not a piece of evidence," one of Cassandri's lawyers has argued.

But Cassandri and several of his relatives are facing a series of questions on his business dealings, with prosecutors also alleging social security fraud and a real estate scam in Corsica.

It is not his first time in court, having been arrested in the early 1970s when police broke up the "French Connection" heroin trade centred in Marseille.

In 1994 he and his wife were sentenced to four years in prison for pimping.

Until his book appeared in 2010, police had assumed the Nice heist was the work of Albert Spaggiari, who was arrested a few months afterwards.

The team spent weeks preparing the robbery, using rubber rafts in the sewers to access the spot where they dug their eight-metre (26-foot) tunnel, installing hundreds of metres of electrical cables to provide lights.

Racy pictures of women were hung along the walls of the tunnel, which were reinforced with concrete, and police later found remains of meals, wine bottles and packs of cigarettes.

- 'Without violence, without hate' -

Breaking in on a weekend, they took their time going through nearly 200 safe-deposit boxes in the vault as well as the bank's five-ton safe.

Cash, jewelry and gold bars were discovered missing when employees finally realised what had happened on Monday morning -- the robbers had welded the door to the vault shut.

Inside they left a message on the wall: "Sans arme, sans violence et sans haine" -- Without weapons, without violence and without hate.

An AFP report at the time told of hundreds of panicky clients mobbing the bank, desperate to know if their wealth was safe.

One woman had to be brought around with a glass of brandy after she fainted upon hearing her jewels were missing.

Spaggiari escaped a few months after his arrest by jumping out of a window at the Marseille courthouse where an accomplice was waiting on a motorcycle.

He was never caught again, eventually dying of throat cancer in 1989.