The grave reality behind viral images of obese tigers

The tigers are being allegedly overfed by carers to attract more crowds to the Siberian Tiger Park in China's Harbin City. 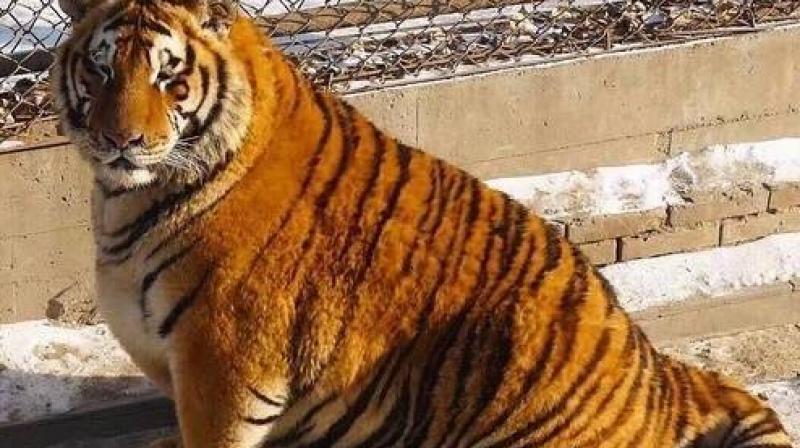 The staff says that tigers putting on weight in winter is a common thing (Photo: Facebook)

Beijing: Cute fluffy creatures including cats and canines are immensely popular with social media users as their images take no time in going viral with people going gaga over how cute a plump cat or panda looks.

This seems to be the reason why images of fat and fluffy looking tigers on social media had everyone drooling on the social media as most remarked how adorable it was. But this adorable viral image has a very dark tale to tell.

The tigers in China’s Harbin City Siberian Tiger Park have reportedly been overfed by the staff in order to attract more visitors who are also allowed to buy beef and live chicken to feed tigers themselves.

While carers say that the cats putting on weight in winter is a common thing, the Born Free Foundation is not convinced as it lashed, saying Tigers are not healthy since such obesity is not seen in wild tigers.