Warring inside and out 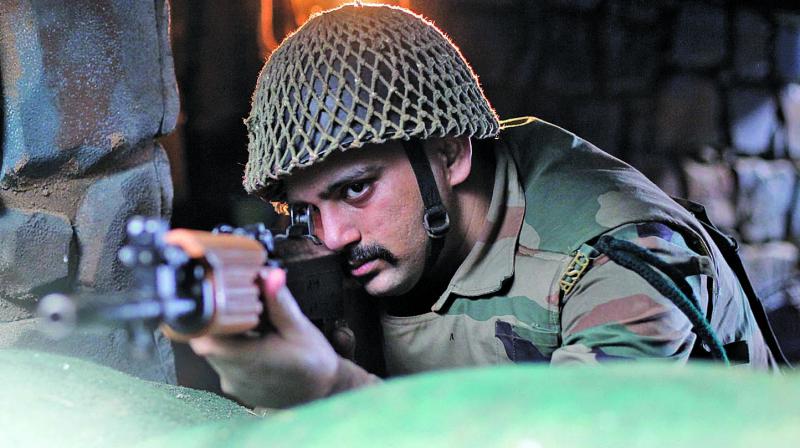 A still from the film Bunker

The Indian defence forces and their brave actions on the frontlines have always provided exceptional narratives to both writers and filmmakers across the world, as seen in films like Border, LOC Kargil, Lakshya, The Ghazi Attack, and most recent Uri: The Surgical Strike. And while making films on the real-life heroes is the new fad in Bollywood, not many are looking beyond the battlegrounds at the soldiers’ personal conditions and their mental health. However, young writer and director Jugal Raja has given voice to this issue in a 90-minute feature film titled Bunker.

Touted as India’s first anti-war movie on soldiers’ mental health, Bunker allows you to experience the internal war that every soldier fights during and after a war. Raja shares that it is not easy to spot the depression that the soldiers go through. “As civilians, you can’t spot them depressed. They are the most disciplined in performing their duties at various places, but their intricacies are so different. Through this film, I want to show one common thing of depression that every family can connect with,” says the filmmaker, who was first inspired to make this film while travelling to Leh, Tawang and far North East. 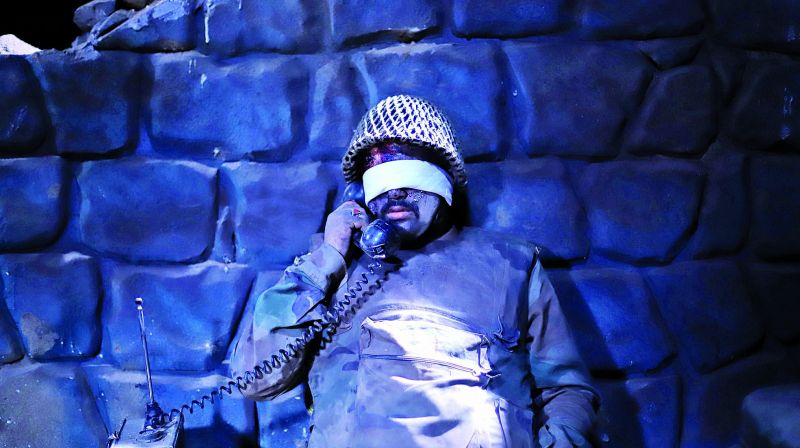 A still from the film Bunker

“I met a lot of soldiers at that time. Normally, people ask them about their brave actions and terrorists they encountered, but that’s not a very happening thing for them,” says Raja, adding, “They don’t always have the luxury to be with their family. I realised that we talk about the wars they physically fight but there is a war within them that we don’t see,” rues the director.

Relying just on one light bulb and the sun for lighting, the film was shot in a 12-by-eight feet bunker over five days, which according to Jugal is a metaphorical representation of a soldier’s mind. “A soldier’s mind is always on fight with his duty and family. I want to bring out interpersonal relationships between army families, and how a soldier and his family pay the ultimate price because of cross border tension,” Jugal explains and reveals that discussing mental health in the defence forces is a taboo as it is in the society.

“Ninety-six per cent of the soldiers feel discussing mental health or accepting any mental health issue holds a big stigma,” reveals Jugal, and adds that around 100 soldiers commit suicide every year due to mental health issues. Bunker includes some important issues that contribute to the stress of soldiers, such as inability to be with family in distress, marital discord, dealing with persistence, feeling of isolation, and loneliness. “This film is a biopic of every soldier whose name you may not have heard,” the filmmaker says.

Talking about the challenges while shooting the film, the director shares that shooting in a closed area without ventilation made his lead actor Abhijeet Singh claustrophobic. “It was only the first day of the shoot that the reality struck him, as his eyes were not only closed but had prosthetics on them for about 14 to 18 hours a day,” shares the director, adding that the struggle has paid off when the film travelled to Italy for Fiorenzo Serra Film Festival last year and will soon be screened at the London Film Festival. The film has already marked its presence at various film festivals in over 18 Indian cities. “I got a standing ovation everywhere. People understood the layers of the film and are appreciating the subject. I am just following the process without looking at the results,” smiles Jugal.

When asked about his filmmaking instincts, the director gushes that veteran film director Mani Ratnam’s film Roja — starring Madhoo and Arvind Swamy — inspired him to join the film business. “I was in the second standard when I watched Roja. It moved me and made me realise that movies can help you evolve. This film is a tribute to Mani Ratnam, because the soul and art I put into the film are inspired from Roja. I wish I meet him one day,” gushes the director in conclusion.