It’s all Jammed up!

And thanks to the traffic, she now has to take the metro. But the problem does not stop there. 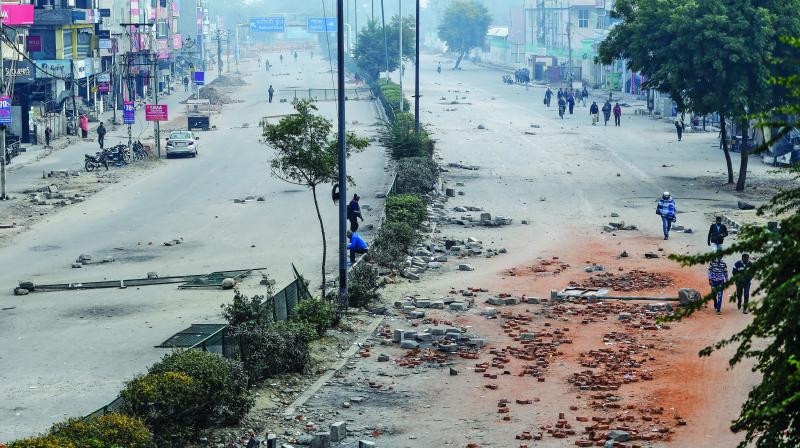 After having a heavy day at work or college, the first thing you want to do is reach home and rest. But these days, it is not possible due to one of the major reason traffic.

After having a heavy day at work or college, the first thing you want to do is reach home and rest. But these days, it is not possible due to one of the major reason traffic.

The national capital is suffering from a traffic pile up for the past couple of weeks as the Kalindi Kunj Bridge has been shut due to the ongoing CAA protests due to which, the Delhi-Noida traffic is taking parallel routes such as Akshardham, DND flyover to commute from Delhi to Noida and interesting part is that the residence of Sarita Vihar and 10 villagers on the area are forced to travel for around two hours to cross this 1.5 Km congested stretch which they can easily do by using Kalindi Kunj bridge.

Dipali Sharma one of the many Delhiites who are facing this issues says, “The traffic gets on my nerves now be it any time of the day. The jam is so bad that it takes at least one and a half hour to reach my office, which is almost double the time of what it takes.”

And thanks to the traffic, she now has to take the metro. But the problem does not stop there. She adds, “Metro has also become croweded but at least the train is moving and I reach on time. I hope the situation of Kalindi Kunj bridge is solved fast.”

In South Delhi, the residence of Sarita Vihar, Madanpur Khadar, Jasola Village and some nearby areas have decided to stage the protest outside the DCP’s office demanding the Shaheen Bagh protesters be shifted to clear the blockade.

Vivek Kumar a resident of Sarita Vihar elaborates on the issue and says, “This is creating a lot of problem for a lot of people because daily travelling like this is not helping me at all.”  Kumar points out, “Another reason is that this is causing traffic jams as people from Noida who used to enter Delhi via Kunj bridge are using DND flyover to commute, means double the cars on the road which is causing traffic to pile up.”

Abhinandan Sen a daily DND traveller feels that it’s very sad to see people who are actually taking double the route to reach their homes and colleges which one can do easily. He points out and concludes, People have started using metros instead of their own vehicles to avoid the traffic for the past couple of weeks now. Delhi is always considered as a crowed city and after this, the roads are flooded with cars. I hope the situation gets clear soon.”