The Call of the Wild

Two scions from the Yousuf Tekri family are doing their bit to promote wildlife tourism in the country. 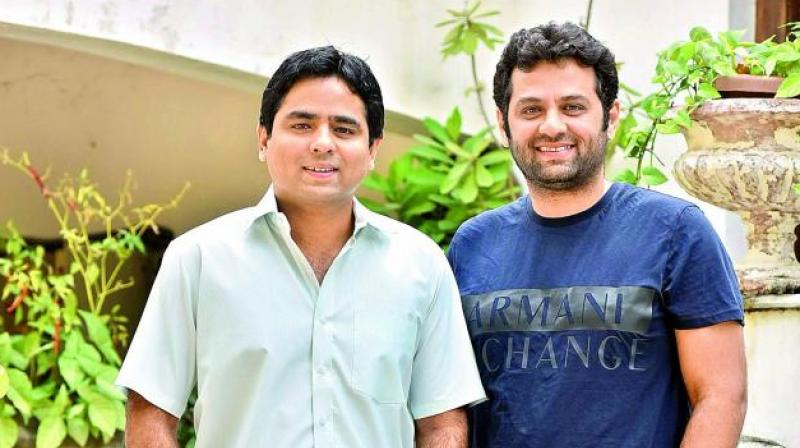 Growing up camping and watching animals, brothers Syed Mohammed Najmuddin and Syed Mohammed Mawaheduddin decided to live their passion by starting eco-friendly resorts in Tadoba and Vikarabad — The GrassWalk MAYA and The GrassWalk respectively, with more in the pipeline. “Jungles and wildlife have always been of interest to us. For me, being in the city is a little difficult,” says Najmuddin as he recalls, “Our father would take us camping in the jungle and we grew up watching wildlife. It became such a passion that we thought it was the best field to work in. Now it feels like we have not worked a single day in our lives.”

His younger brother, Mawaheduddin, who is a wildlife photographer, says that they have now replaced guns with cameras. “Maya is the most photographed tigress in India. In fact, our camp name is a tribute to her. The animals are like family to me, so I am aware about their movements, behaviour etc. Back in the day, our family went hunting a lot. Now we have replaced guns with cameras.”

The two brothers add that they had tried to pitch the idea of jungle camps and eco-friendly tourism at Amrabad Tiger Reserve, which is part of the Srisailam forest in Telangana but did not get a positive response, which pushed them to Tadoba in Maharashtra to start their venture. 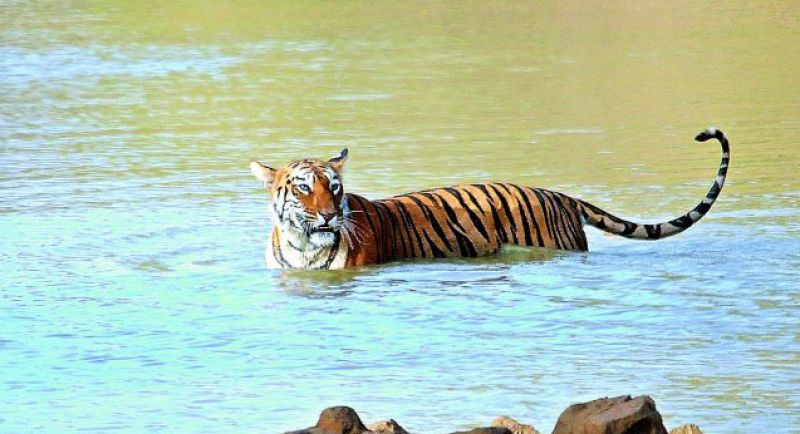 A photo of Maya clicked by Syed Mohammed Mawaheduddin.

“Telangana has a lot of potential. We tried our best but the state is too young to understand the need to push eco tourism currently, and that is why we had to go to Maharashtra,” explains Najmuddin, adding, “The tiger reserve that is part of Srisailam forest is perhaps the only one which is so close to an international airport. The focus should be on promoting and building infrastructure around it. Today, Tadoba is making roughly `40 lakh a month only through permits.”

Describing their resort in Vikarabad, he says, “The GrassWalk in Vikarabad is about 10 years old. For centuries, it was the hunting ground for the Nizams. Vikarabad was a sleepy place but we got it on the tourist map. GrassWalk is a catalyst between the forest and sustainable tourism. The government has not been promoting Vikarabad even though it is the closest getaway from Hyderabad and the temperature is much better than here.”

Najmuddin continues, “Camping helps the economy and the sustainability of the place. When we go to a place, we secure the crop there, help farmers, create employment and add forest cover. You can’t build a resort, a concrete property, in the middle of the jungle and say it is eco-friendly. If you come to Tadoba, you will not find a single cement bag. And when we move from there, you won’t be able to figure out that we had a camp with all the luxuries possible.”

Mawaheduddin adds, “The buffer area is divided by us, tigers don’t know the boundaries. The rawer the surroundings, the better it is for animals. We are trying our best to conserve wildlife. There are many places where there are electrified fences and big walls, which isn’t recommended.”

Their father, Syed Mohammed Aliuddin joins the conversation and talks about their family. “Both my parents belonged to Jagirdar families. My paternal grandfather, Syed Mohammed Yusuf Uddin Subidar, was the Governor and was posted in Gulbarga back then. My wife’s father was a Collector in Maharastra and the current Raj Bhavan belonged to them,” he says.