Several celebrities showed their discontent with the image on the social media platforms. 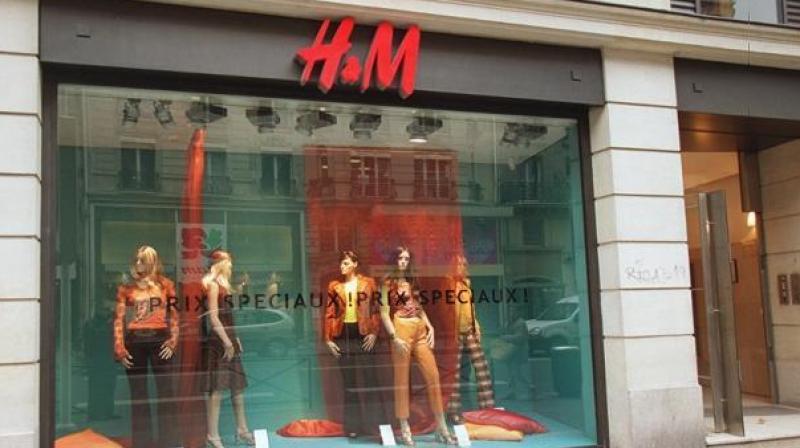 he image was pulled from the website following the controversy (Photo: AFP)

New Delhi: H&M caused widespread outrage with their latest promotional image, wherein a kid of African descent was seen sporting a hoodie with a controversial tagline - "Coolest monkey in the jungle".

The Swedish brand received serious flak for this, following which the company released a statement, "We sincerely apologize for offending people with this image". The image was pulled from the website following the controversy.

Several celebrities showed their discontent with the image on the social media platforms. The Weeknd severed ties with H&M and took to Twitter to call the issue as "racially and culturally insensitive".

woke up this morning shocked and embarrassed by this photo. i’m deeply offended and will not be working with @hm anymore... pic.twitter.com/P3023iYzAb

The singer, who was working with the brand since 2017, appearing in ad campaigns and working on collaboration line for his XO brand, wrote, "Woke up this morning shocked and embarrassed by this photo. I'm deeply offended and will not be working with H&M anymore".

Questlove, the American percussionist wrote on Instagram, "I'm sure the apologies are a coming. And the ads will be pulled. I'm certain there will Be media fixers and whatnot and maybe a grand gesture like a donation to some charity (donations under these circumstances are the corporate version #SomeOfMyBestFriendsAre move if there ever was one) all this tells me about @HM is that the seats in the boardroom lack something...wanna take a guess?".

In regards to H&M pic.twitter.com/EuvWMmZ6XA

He wrote, "Whether an oblivious oversight or not, it's truly sad and disturbing that in 2018, something so racially and culturally insensitive could pass by the eyes of so many (stylist, photographer, creative and marketing teams) and be deemed acceptable".

"I can't allow for my name and brand to be associated with a company that could let this happen. I hope that this situation will serve as the wakeup call that H&M and other companies need to get on track and become racially and culturally aware, as well as more diverse at every level", the rapper added.

Another rapper, Diddy, shared an image reworked by artist Kervin Andre. The image showed a version of the boy with a crown on his head with an updated slogan on his hoodie which read, "Coolest king in the world". Diddy wrote "Put some respect on it!" accompanying the image.

Put some respect on it!! When you look at us make sure you see royalty and super natural God sent glory!! Anything else is disrespectful. pic.twitter.com/QVaxgngwh1

The company issues another apology on Tuesday in which it admitted its mistake as a global brand.

"Our standards are high and we feel that we have made real progress over the years in playing our part in promoting diversity and inclusion," they wrote. "But we clearly haven't come far enough . We agree with all the criticism that this has generated - we have got this wrong and we agree that, even if unintentional, passive or casual racism needs to be eradicated wherever it exists. We appreciate the support of those who have seen that our product and promotion were not intended to cause offense but, as a global brand, we have a responsibility to be aware of and attuned to all racial and cultural sensitivities - and we have not lived up to this responsibility this time".