Following the Kamala Mills fire, which likely started at a hookah parlour, sheesha bars across the city are laying low. 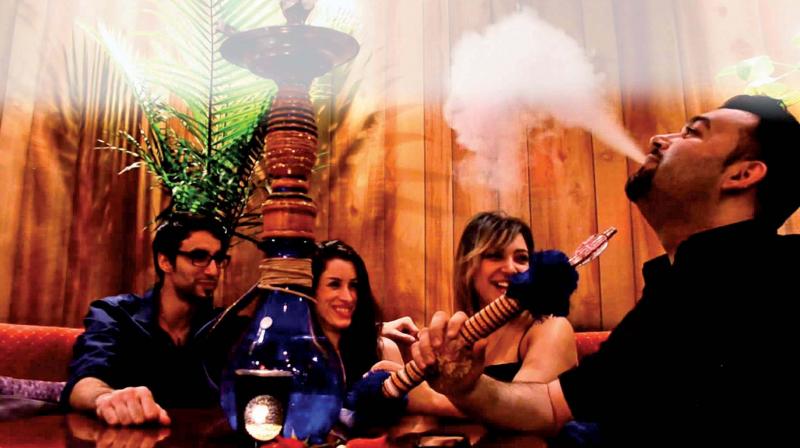 Enquiries made to some of the leading hookah places in the city all had the same result — they are temporarily shut.

The shockwaves of the Kamala Mills fire are yet to die down. While the city mourns the meaningless loss of 14 lives, there have also been strict and sometimes hasty action taken by the BMC to rectify its earlier leniency. Since embers from a hookah at Mojo’s Bistro were thought to be the likely cause for the fire, there has been a ruthless quashing of hookah venues across town.

Sheesha parlours in the city are laying low till the trouble blows over, something that they have had to do several times in the past, since the BMC has often found fault with these establishments. Enquiries made to some of the leading hookah places in the city all had the same result — they have temporarily stopped serving hookahs. And it’s not without reason.

Mumbai resident Raj Kohli, who thought that he would spend a pleasant evening at a hookah parlour getting to know a woman he had recently met, recounts that a rather harrowing experience. “I went to Bombay Thekka in Four Bungalows with a date a few days after the fire took place. We were having a great time together, when suddenly a staff member rushed in and grabbed our hookah. He hid it away along with all the other hookahs, just as the police came in. They scanned the entire establishment for hookahs and when they found none, they left. However, the staff was too jittery to give back our hookahs. We were not charged for it, but the whole experience was a bit jarring,” he recalls.

Amit Sadarangani, who owns a popular hookah parlour in the city, is one of the many to have temporarily curtailed the hookah section of his lounge. “ Even though we have permission to serve hookah, the decision to stop stocking it right now is a personal one. I’ve been advised by well-wishers to stop serving it. The thing is that there’s always scope for human error, and I don’t wish to take that risk at that moment. The authorities are constantly on the lookout for a scapegoat now and I don’t want to be that. There’s a certain goodwill I’m not willing to risk,” he laments.

Even as the Maharashtra government mulls over a hookah ban, stand-up comic Anuvab Pal can’t help but note the futility of such an action. “Tomorrow, if a fire starts in a sizzler house, are you going to blame the sizzler smoke and ban sizzlers?” he asks, incredulous.

“The real problem is fire safety problems, and lax security when it comes to fires. In a city like Mumbai, where there is so much space crunch, restaurants and bars often don’t even have the space to put in proper infrastructure for the contingency of fires. They side-step regulations and will probably continue to do so,” he sighs.

For hookah bars in particular, there are currently no specific laws or permit regulations. Amit explains, “You need to understand how permissions for hookah work right now. There are permissions for smoking zones, and you can smoke anything from pipes to cigarettes, to hookahs over there. Of course, there are stringent rules in place for that. There need to be fire exits, exhaust fans, a certain amount of distance between the tables, and the like. You also need to ensure only 30 or 40 per cent of the area in your establishment are smoking zones. ‘Illegally’ run establishments essentially either don’t have their smoking permissions in place, or have converted their whole area into hookah zones, which is wrong.”

Politician and fashion designer Shaina NC says that stricter regulations overall are the need of the hour. “The government is already viewing the rules and regulations for rooftop establishments and stricter directives will soon be drawn up. As for hookahs, they are not only a negative impact on society, they are also a safety hazards. While I don’t believe that a complete ban is an answer, strict directives are needed here too,” she says, decisively.

And what of the hookah lounges in the meantime? “Personally, I will eventually start serving hookahs soon. It can be as soon as tomorrow, since I have my permissions in place. But I will wait for a couple of weeks to pass to see if the BMC is going to work on having stricter rules in place; it’s in the best interest of everyone involved,” Amit shrugs.