When a ‘prank’ went too far

YouTuber Sumit Verma’s kissing prank has backfired. Comedians and pranksters are miffed with his ‘prank'. 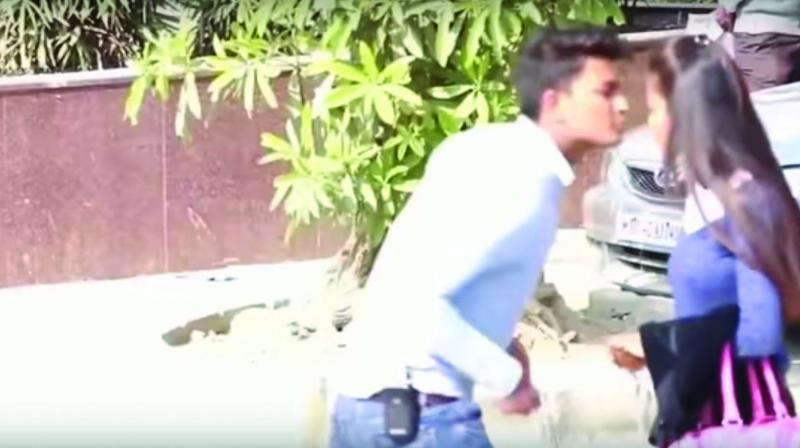 Not only is the Delhi Police after him, but comedians and pranksters too are miffed with his ‘prank’.

It seems nobody taught Sumit Verma that a joke has its charm when it does no harm. The YouTube prankster who runs an online channel ‘The Crazy Sumit’ overstepped the bounds of good humour when he tried to pass of his act of kissing random girls and running away as a mere ‘prank’. While in the video, the shocked girls are seen running after him, now even the Delhi Police is after the prankster and has registered a case against him.

But when did molestation become a prank or funny? Stand-up comedian Amit Tandon answers, “You will find such s**theads where you can get fame and money quickly. It has happened in every medium, but specially since anyone can put content on the digital space it’s easier to garner attention through the online world. I reckon we will see this trend for next few years till it reaches its saturation point.” He adds, “You have to blame the society for it. A video with clean content with a sleazy cover picture will get more views than the one without it. When a guy like him gets half a million hits for such content, it inspires others to do the same. I think a good example should be made out of him to give others the right message.”

RJ Naved, who has been playing pranks on people for a decade and a half now, sounds livid. “I am ashamed to be called a prankster if he is being called one. You can’t call molestation a prank. If those people who were involved in the Bangalore molestation case say that it was all a prank, will anyone buy it? To kiss a girl or slap a guy can’t be a prank. In a prank, you irritate the people slightly but you leave them laughing and if possible, end it giving a positive message. It’s so deplorable that for few likes and shares on social media, people are stooping to new levels.”

Influenced by the west, Sumit has shamed their community, thinks Sohail Hussain who runs the YouTube prank channel Danger Fun Club. He says, “I had met Sumit once and I think he was inspired by the videos from the west. His urge to take it to the next level got him in trouble. I think if he had thought it through, he wouldn’t have done it and thanks to him, all pranksters are now equated with molesters.”

Stand-up comedian Vasu Primlani sums it up saying, “You can kiss a woman who doesn’t wish to be kissed and call it humour but that doesn’t make it humourous. A joke or prank is funny when the receiver thinks it is funny and not when the joker says it is funny. I can rob a bank and call it funny but nonetheless I would be breaking the law and will be punished.”