The Uber driver was confident about what would follow when he offered the note at a toll booth. 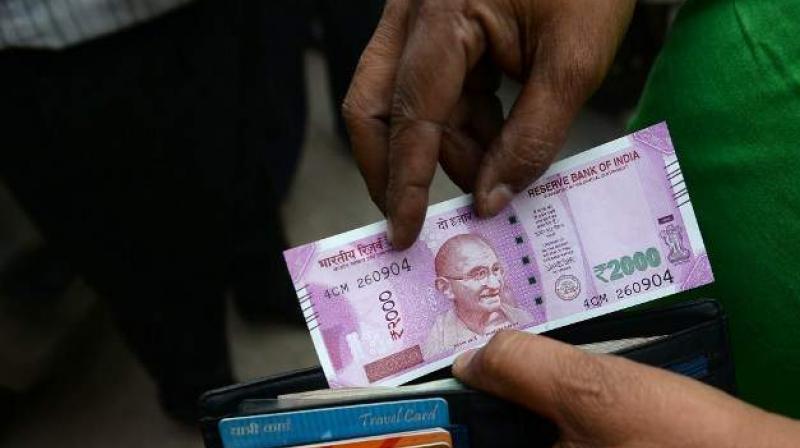 Many have been using it to avoid paying at toll booths (Photo: AFP)

Chennai: Demonetisation woes have given Indians a lot to talk about in months after the policy was announced and apart from the ever-changing regulations and rumours, there have been instances of the new currency notes not being printed properly and many have faced difficulty for failing to find change for new Rs 2000 notes.

Now another incident about demonetisation which has started a debate on social media is one tweeted by Chennai based techie and blogger Krish Ashok. The techie wrote how a cabbie asked him for a Rs 2000 currency note and what happened later left him astounded.

Uber driver asks if I have a 2K note. I ask why. He says, watch. Offers it to the toll guy who gives it back & says it's ok, no toll. Go on.

Krish Ashok was travelling by an Uber cab when the driver asked for the note. When Krish asked the reason, the driver asked him to wait and watch. The cab shortly reached a toll booth and the driver offered the note to a toll operator, who simply allowed the car without paying the fee after seeing a Rs 2000 note.

While demonetised Rs 500 notes were accepted on toll booths till December 15, they were later equipped with swipe machines and enabled to accept e-payments, but drivers found a loophole. The blogger also mentioned that only drivers profit from this since Uber automatically includes toll charges in the payable amount.

And yes, it goes without saying that if you are in an Uber, you don't get to profit, only the driver does. Uber still automatically charges

The tweets triggered a social media discussion with many saying they did the same and others saying how they did get change from toll booths. Meanwhile there were those who called it unethical and some who joked about it.