Mannequin act about Bengaluru molestations is spot on

The video raises a question about people in the city being 'mannequins' when thousands of men molested women. 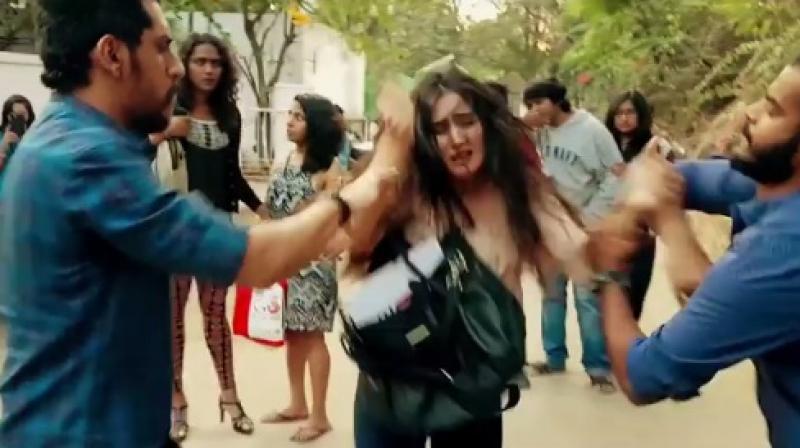 Bengaluru: The horrifying mass molestation that unfolded in Bengaluru on New Year’s eve shocked the entire nation as hundreds of women were harassed in the streets with 1500 police personnel failing to control a group of men. While locals failed to intervene, what followed was even more outrageous with politicians making foot in mouth comments and #NotAllMen triggered uproar on social media.

As women have been sharing their experiences from the incident and fighting back victim blaming, the society remains a mute spectator even after such audacious acts against women in the country. While the mannequin challenge has been a rage on the internet, a new video is using it to ask the right questions and raise awareness.

The video which starts off with people pulling off a mannequin challenge in Bengaluru’s streets, later features a girl being harassed by two men as the group remains fixed in their respective positions. The video calls out people that night who remained mannequins as the mob of possibly a thousand men went on molesting women.