In a viral post, he swings the camera around and brandishes an absolutely enormous glass filled with amber liquid. 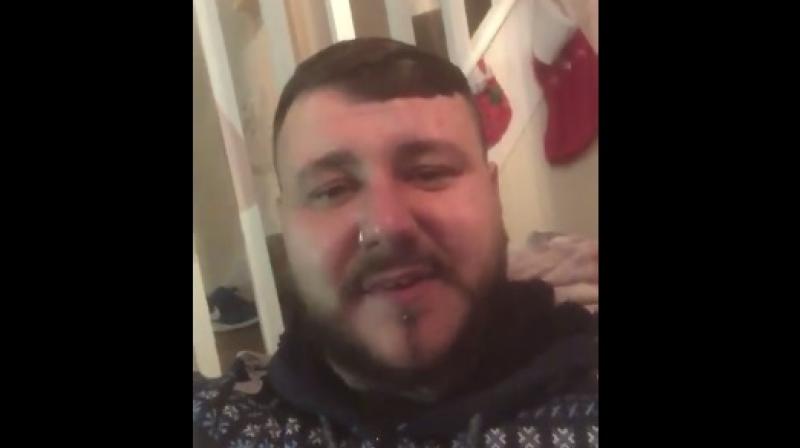 Stokes decided to find a loophole in the challenge, realizing that his girlfriend had never specified the type or size of glass. (Photo: Facebook/ Jamie Stokes)

A woman decided to give her boyfriend a drinking ban on the run up to Christmas and bet him £100 he would not be able to stick to it.

Jamie Stokes, 27, from Rhondda Valley, was given the challenge by girlfriend Chloe Woodland who bet him he could not limit his alcohol intake to just one glass a night until Christmas.

Jamie accepted the bet but immediately started wondering if he could actually do it. Stokes decided to find a loophole in the challenge, realizing that his girlfriend had never specified the type or size of glass.

He posted a video of results on Facebook, in which he can be seen saying, “Apparently I'm drinking too much. Way too much, apparently.”

In the video which has been seen over a million times, Stokes goes on to add, “I made a bet with her on Monday. If I can just - If i can stop drinking and just drink one glass and one glass only up until Christmas, I'll have £100. So it got me thinking, 'f***, can I do it? One glass a night f***ing up until Christmas? Ooh it's a long time.”

He further expands upon his idea, “'Aaah, f***ing got it. So I went into Tesco today didn't I? Bought myself a new f***ing glass.”

He then swings the camera around and brandishes an absolutely enormous glass filled with amber liquid.

The 27-year-old is seen laughing, “Seven pints here old boy. Seven cans of Magners in this bad boy," he laughs.”

Jamie goes on to add that his ‘missus’ burst out laughing when she saw his glass, but agreed that he struggled to finish the entire thing.

You can watch the video here: