Sportsperson says he is glad he has never gone wrong with tattoos and hopes his 18-year-old son will deal with any as and when they happen. 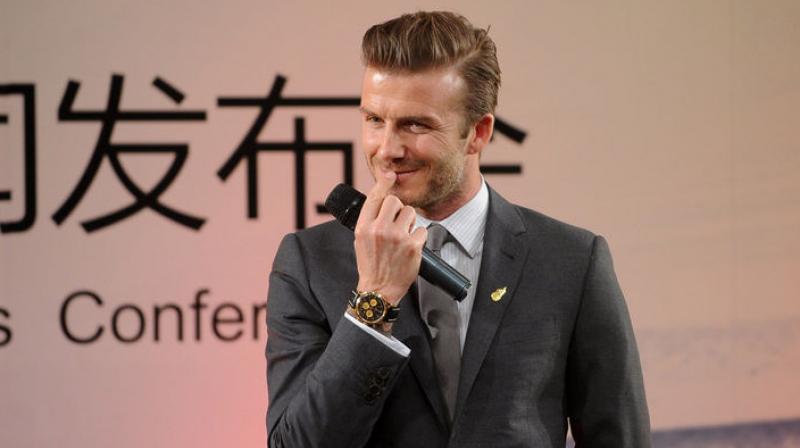 The 42-year-old sportsperson says he is glad he has never gone wrong with tattoos . (Photo: AFP)

London: Former professional footballer David Beckham says his eldest son Brooklyn will commit some mistakes when it comes to his body art.

The 42-year-old sportsperson says he is glad he has never gone wrong with tattoos and only hopes his 18-year-old son will deal with the hiccups as and when they happen.

"Thankfully I don't feel I've made any with my tattoos. My son's started and I'm sure he'll make mistakes. But it's part and parcel of life and being creative. That's something you can't stop someone doing, it holds them back," Beckham told Daily Mirror.

Los Angeles tattoo artist Dr Woo shared a photo on Instagram that showed a large cupid across Brooklyn’s chest – and another mystery inking on his left side.

Beckham, 42, is thought to have more than 50 – his first being Brooklyn’s own name on his lower back.

He added he never got inked to impress anyone but likes reinventing his looks for himself.

"I've never changed my look or style for attention. I do it because I want to grow my hair, or cut it off, or I want to shave or I don't - or I want a new tattoo. I never try to be someone else or do something different for any other reason than I enjoy it," Beckham said.

Brooklyn’s tattoos include a camera on his arm and the word Click on his shutter finger, along with the legend “Mama’s Boy” across his left pec. The youngster also has a rose on his right side, while the words “Made in

He also has a rose on his right side – while the words “Made In England” along his foot put paid to the long-held belief he was conceived in the New York district he is named after.