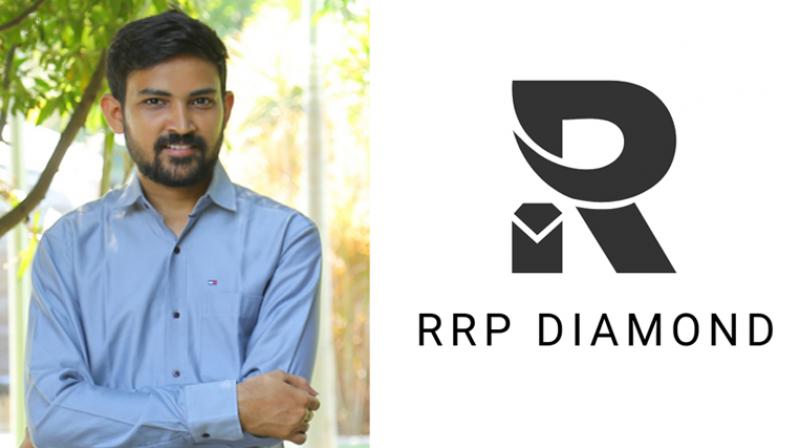 A boy who wanted nothing but to make a career out of his love for Information technology, Hitesh Patel did what many men would only dream of. With ultimate dedication and brilliance, he transformed his father’s diamond manufacturing unit into an ecommerce brand that is globally known for its supreme line of products and highly competitive pricing.

Hitesh Patel, an Information Technology student, is a fine example for today’s youth and budding entrepreneurs. From wanting to pursue a career in IT to becoming one of the top Indian diamond sellers to cater to a global audience, he has achieved a lot of commendable appreciation in the industry as well as among his consumers.

In 1959, Hitesh’s father and uncle started a considerable diamond manufacturing unit in Surat, India. Due to lack of technological advancements and digital knowledge at the time, the duo couldn’t reach a wide audience internationally, and were stuckwith catering to the local market. And, hence, they emphasized on what they knew best i.e. creating, cutting, polishing, and retailing the products in the traditional way.

As Hitesh grew up, he was extremely keen on studying Information Technology (IT) and making a career in the technical domain. Neither did he ever show any interest towards his family business nor did he have any understanding of it.

It wasn’t until after that Hitesh realized that there is no one to take care of the family business after his father and uncle. It was this moment that he decided to step into the family diamond business and continue his father’s work.

As eager as Hitesh may be, the fact that he didn’t possess any knowledge about the industry and the business brought in a lot of hurdles. For starters, even though he spent a considerable amount of time trying to work beside the 100-something employees at his father’s manufacturing unit and learn the trade, he lost focus very easily. As a result, he kept going back to his online work and dedicated most of his time to that.

Because Hitesh liked spending time working online, he had the ability to learn a lot of new things and stay informed. It was during one of his online working sessions that he came across some substantial information about individuals and companies selling diamonds online – a fact that he was uninformedof, until that moment.

The discovery not only triggered his brain but changed his life. He now had the possibility to combine his father’s legacy and his love for technology to create something nobody had ever imagined of before. After this breakthrough, Hitesh spent 8 months intensively researching about the diamond business and its possible outreach to an international client base.

Hitesh often found himself exploring questions such as:

It was only after he satisfied his hunger for all the required information in the field that he decided to move ahead and start reshaping his father’s diamond business.

During his research, Hitesh stumbled upon a heartbreaking detail. He realized that the majority of online diamond sellers were situated in the USA and that the price they were selling their products at were worryingly high.

On further study, he found out that none of the diamond products were sold directly to the end-buyer. In fact, these products went through a long list of middlemen, all of whom added an extra profit ratio to the cost of the product and sold it forward. This way, by the time the product reached the actual customer, the price was already hefty.

Knowing what he knew, Hitesh decided to change the way of doing business in the online diamond marketing world and set up a domain (www.rrpdiamonds.com) in 2017. Together with his college batchmates, Prashant and Dharmesh, he started brainstorming about the possibilities of taking his business online and selling his diamond products via ecommerce websites.

A few months later, Dharmesh, a professional Digital Marketer, Hitesh, and Prashant launched an ecommerce store to sell diamonds products manufacture at Hitesh’s factory in Surat, India to a global client base.

In the beginning, Hitesh aimed at attaining five customers within the year and selling at least two or three products. At the end of the year, RRP Diamonds had earned over $2 million and 400 international clients, mostly from Europe, the USA, and China. Many of their customers were jewelry and diamond traders professionally and some even paid a visit to Hitesh’s manufacturing unit in Surat.

The foundation behind the brand’s humongous success was its finest quality products and the fact that there were no middlemen involved during the entire marketing and selling process, hence allowing RRP diamonds to offer highly competitive pricing.

After achieving such an exhilarating response to RRP Diamonds, Hitesh and Prashant began studying lab-grown diamonds. At the time, the demand for this type of diamond products were on high rise, and RRP diamonds had several inquiries from existing as well as prospective clients. Soon, the pair found out that customers prefer lab-grown diamonds over natural diamonds because of their eco-friendly nature.

Seeing that lab-grown diamonds were rapidly becoming the trend, Hitesh decided to venture into this branch and give it a try. He also figured that not only these diamonds had the same quality as the natural diamonds, but they were also comparatively cheaper.

Being the humble man Hitesh is known to be, the visionary businessman set the same goal for his latest venture as he did when he started RRP Diamonds. But, just as fate would have it, from the launch of Loose Grown Diamonds in the last quarter of 2018 till now, the venture has already acquired over 230 international customers and have earned Hitesh another million dollars.

A dedicated son, an honorable business owner, and an intellectual human being, Hitesh always believes in evolving and expanding himself and his business. He envisions RRP Diamonds and Loose Grown Diamonds to attain over 500 customers each internationally. He also plans to add another $10 million to the brand revenue in the next couple of years. And, with his determination and skill, it doesn’t look like a difficult task at all.