Caught in the Web

As per a new survey, if you want to be happier and more productive, steer clear of social media. 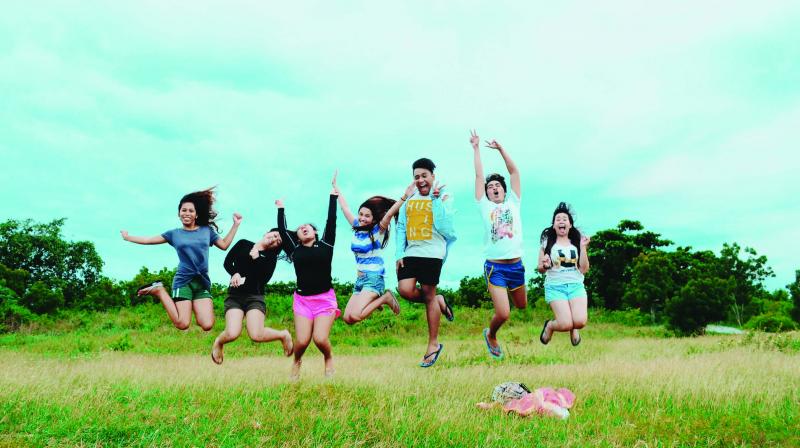 There’s plenty you can do when you are not on social media — enjoying with friends, for instance. (photograph for representational purposes only)

One fine day, gen-Z’er Shriya Pant realised that social media was taking too much of her time. It wasn’t rocket science either: as the day’s minute-one would swiftly metamorphose into “oh look, the day is done”, the phone remained a devoted companion, encapsulating her senses — sometimes for a simple Whatsapp reply, but mostly for an overnight back-and-forth on a Facebook comments section — but making her feel overwhelmed all the same.

“I wanted to leave it for a month, but it has now been three or four years. At one point I realised — ‘I don’t really need social media’. This freed up time to do other things, but more importantly, there were fewer distractions. Earlier, even if I did not have any notifications, I’d be refreshing the app. Now, I have definitely been reading more, sometimes on the Net, but for more fulfilling and professional purposes. I also feel that the conversations online were quite baseless, and now I prefer to meet people face-to-face. It has improved the quality of my interactions. And finally, when it comes to the consumption of news, I use Google and read newspapers instead,” she reveals.

And this brings us to a recent study done on 1,765 Facebook-using students at Texas A&M University. The report concluded that those who do not use the social-networking app are happier, more productive, and better with money. So, we thought, it is a good idea to speak to those who either routinely or entirely give social media a ditch. Are these people social pariahs, existing in isolation? Or is it, in fact, quite the contrary? The latter, it seems…

Y.S.K Prerana, a millennial employee in Delhi, can be found completely off the social media grid for a good few weeks every now and then. On the matter, she comments, “When I last opted for a tech detox, my productivity definitely increased. I had time to process things organically. I did not feel mentally — or physically for the matter — exhausted, which gave me the energy to do more things.” She also equates her usage of the phone to glimpsing the world from a chair, but not moving from the piece of furniture. Yet, it is a cycle; by being disconnected for too long, Prerana also feels disconnected to people who matter to her.

And despite social media being a double-edged sword, if one is able to tackle this feeling of isolation, it becomes rewarding for them. For instance, Abhishek Nair, who works in Mumbai, reveals, “I have never been on social media, except in bits and pieces and for specific purposes. By doing this, I feel I have a mind of my own. As much as I can perceive things individually, I do. I feel I look deeper into the issue, rather than basing my opinions on what is popular online.” Indeed, there are enough examples of social media creating a ‘web of recycled opinions’ that people often feel believe to be their original thoughts.

Finally, what does a counselor at a school, who often comes across children engulfed by social media, have to say on the issue? On a concluding note, Guntasha Sangla adds, “People are productive in the absence of social media because they are no longer in this competitive, comparative, world that it creates. They are no longer comparing their personal lives with what others are projecting. For instance, they think ‘Oh! he is partying, why am I not?’ and this pushes them into a depressive state. Once people break the chains, they are unknown to the social world and that doesn’t hinder their productivity. They can finally breathe, relax and add quality to their lives.”