Navratri is the celebration of the nine manifestations of Goddess Durga and each day is associated with a particular colour. 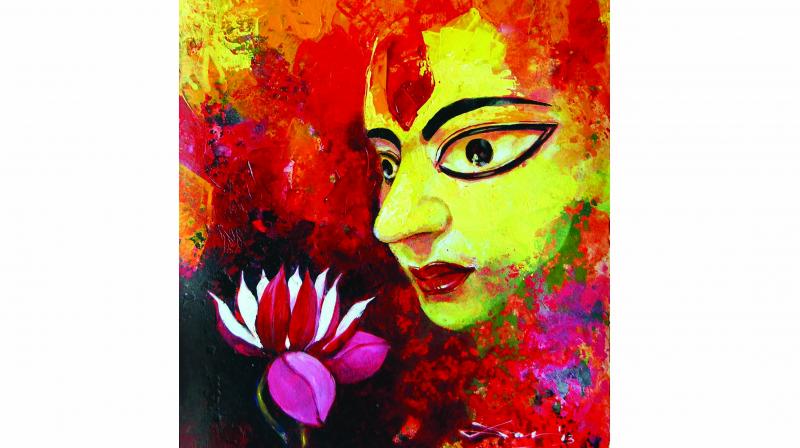 Navratri — nine nights celebration in full Sharad Navratri — is one of the major festivals held in honour of the divine feminine. Navratri celebration occurs during the month of Ashvin, usually September or October.

The core Hindu mythological reason behind the festival remains the same — the victory of good over evil. In the Eastern and Northeastern states of India, the celebration is referred to as Durga Puja. It is believed that Durga fought with Mahishasura and emerged victorious. Post which, the day was marked to honour the divine and celebrated as Durga Puja. It symbolises the end of the period of Shradhh or Pitri-Paksha.

In North India, Navratri is defined as Nav meaning nine and ratri meaning nights — a nine-night festival that is celebrated as the the victory of Rama over Ravana. The story of Lord Rama is enacted for nine days which is called Ramlila and on the last day, when Rama kills Ravana with his bow, the festival is ended by burning effigies of Ravana and his brothers Meghnad and Kumbhakaran.

Colours are a unique part of Indian festivals. Navratri is celebrated with nine specific colours. The festival celebrates the nine avatars of Durga, and each form is represented by a specific, symbolic colour of her attire. People dress up in colours matching the attire of the idol on that day.

During Navratri, we worship the feminine in the form of Goddess and on the ninth day a ritual of ‘Kumari Puja’ takes place. The festival of Shakti also teaches us to respect females in all forms of life.

Woman is Shakti and to respect her means respecting the Goddess. There is a saying: ‘Yatra naryastu pujyante ramante tatra devta’, which means that where women are respected, Goddess Lakshmi blesses that home.

The writer is an alternative medicine practitioner