Harshita Trikha is showing people what they can do to manage waste, other than just complaining. 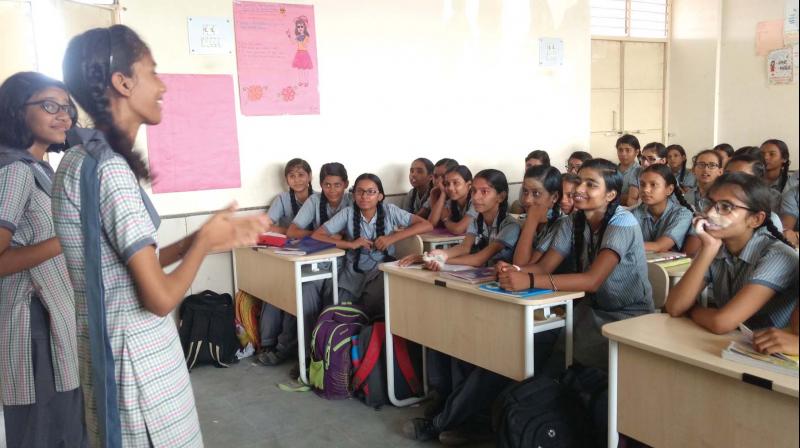 The Swachh Bharat Abhiyan jingles can be heard everywhere — on TV, radio, at metro stations and from the trucks that come to collect garbage. The insistent complaints from citizens on how the country is very unclean can also be heard everywhere. However, there are very few functional sanitation initiatives that are heard about.

When Harshita Trikha, a Teach For India 2017 Fellow, saw that people were living in unclean and unhygienic conditions at Sangam Vihar, Tigri, in Delhi she decided to take matters into her own hands. Filled with hope, equipped with knowledge and armed with an army of around 15 local students, she started a project titled Safai Karamchari in May.

The project primarily focuses on waste segregation. “I have noticed that we place a lot of responsibility on the government while shrugging off our own. That is when I thought of taking up this project. The sad part is that people already know about this and they can see their environment being affected by it. I saw that people were complaining but there was a lack of initiative.”

This is when Harshita took it upon herself to teach the community how to bring about a major change. “One of the major points that helped drive the message home was the fact that all the residents had an innate feeling of leaving and moving to a place that was better than this. The problem was clear and we used that point to make people realise that their place too could be made better.”

It is not just segregation but focus was also laid on consuming less plastic, generating less waste and upcycling that helped people contribute to the project. “The idea was to do culture-building. We started with assigning areas to students who then got involved with particular number of houses. The students had to communicate, convince and manage the micro project.”

The biggest challenge, she shares, was convincing people. “We were on it for around a month. Delhi has done its waste management to a great extent now. Every home is connected to a person who collects the garbage. Even if it’s not someone from MCD, there is a person who connects it to MCD.” But Harshita and her team managed to convince residents with their persistent efforts. “The visuals played a huge role in making people understand the role of segregation.”

The teams also distributed lists of what was biodegradable waste and what was not. These lists further helped people with segregation.

She wants to convert the project into a social enterprise. “Recycling can be monetised as well and help such projects. One of the students made pouches out of discarded plastic packets. There were many other ideas that the students came up with.”

She believes that it’s important to understand the role played by children in such projects. “When a child of the house initiates a project, people listen to it. They have a lot of power to bring about changes in the society. The adults not only listen but also feel more responsible.”

Harshita has already started the next phase of her project and hopes that a better future takes root in everyone, leading all sections of the society towards a cleaner and greener living environment.