Life   More Features  11 Oct 2017  Woman married pet pooch she had adopted, says he is 'perfect' for her
Life, More Features

Woman married pet pooch she had adopted, says he is 'perfect' for her

Freelance embalmer tied knot with pet mutt, says despite people thinking she is mad, she feels that the pooch has been her biggest support. 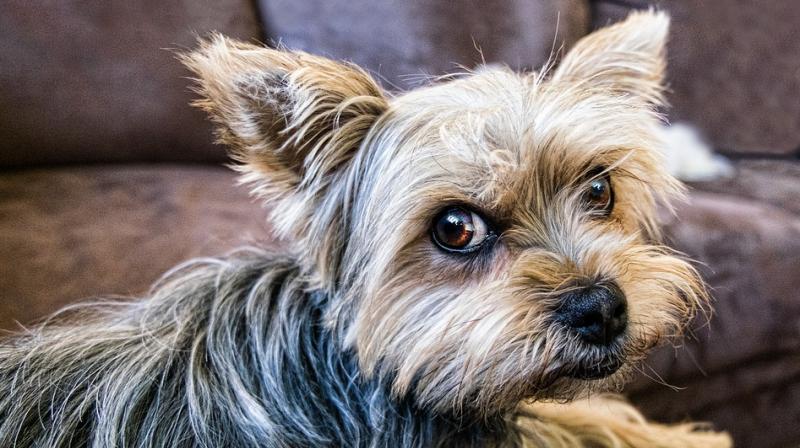 Woman calls him her ‘king’ and praises him for his loyalty and support through several major crises. (Representational Image/ Pixabay)

‘And do you take this woman to be your lawfully wedded wife?’

‘You are now pronounced dog and wife.’

Call it love or what, a freelance embalmer tied the knot with her pet mutt, and says despite people thinking that she is mad, she feels that the pooch is ‘perfect’ for her.

Celebrating her eighth anniversary to Cork-born Henry, Wilhelmina Morhan Callghan, 43, calls him her ‘king’ and praises him for his loyalty and support through several major crises.

In a story published in Mail Online, Wilhelmina says that while things have fallen since the duo got hutched in 2009, Henry has been a pillar of support through his loyalty. Wilhelmina now works as a freelance embalmer, after losing her job at the morgue.

She calls her pooch-husband ‘Ri’ or ‘King’ in ancient Gaelic.

Wilhelmina had adopted the Yorkie in 2009 and got inspired to marry him after she read about people doing similar things online.

Speaking about it she says that she saw something and “thought it would be wonderful’.

“I'm certainly not the only person to have married a pet, “ she says, before adding, “One woman married both her cats and another lady in Australia tied-the-knot with her snake.”

Wilhelmina is all praises for her ‘husband’ and says he is great and wonderful.

Henry Frederick Stanley Morgan, and Wilhelmina became dog and wide via a website with the bride’s friend Rebecca Carter acting as the witness.

Interestingly, although they were given a certificate, as it is not legal to marry your pet, their union is a spiritual one, although she takes it completely seriously.

Wilhelmina also has 10 other pooches, including Chihuahuas, Chinese-crested dogs and Schnauzers, which she has acquired from places as far flung as Slovenia, the Ukraine and Lincolnshire.

And if that was not enough, she even has a romantic song that she croons for him.

Wilhelmina adds that Henry has been the biggest support in her life and the only man who could possibly match up to Henry is Gregory Peck.

'Unlike other marriages which fall apart, I know I'm with Henry for life.

'People may think I'm barking mad, but he's perfect for me.'