Not such a crackling Diwali

Chetan Bhagat took to Twitter to voice his disapproval for the cracker ban. But why does everything boil down to a religious sentiment? 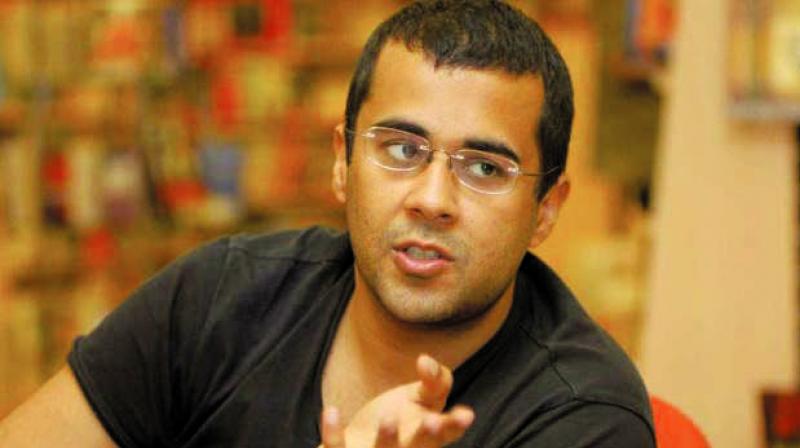 To gauge the fluctuations in air quality during Diwali, the Supreme Court has banned the sale of firecrackers in Delhi-NCR till November 1.

This ban, however, has left quite a few people unhappy; one of who is Chetan Bhagat. In a tweet that has since received a lot of flak, the author not only said that Diwali is incomplete without firecrackers, but also went on to lash out at other religions, saying festivals with “blood and gore” needed to be stopped instead. In no time, the best-selling author was royally trolled by Twitterati.

However, his tweet highlights a much larger issue: whether it is Dahi Handi, Moharram or Diwali, factions are unable to look beyond their religion. Not waiting to acknowledge instead the fact that regulations help to keep them safer.

Sumaira Abdulali, environmentalist and founder of the NGO Awaaz Foundation, says it is difficult to change social attitudes and the mindset of people. “Changing a social attitude and the way people think about the subject is always going to take time. An order or a law is just one part of it, but changing people’s perspective is always going to be a longer journey,” she muses.

While Diwali is one time when celebrities get together and urge their followers to indulge in pollution-free festivities, Chetan seemed to not just do that, but also make it a religious matter.

Stalin Dayanand, director of projects at Vanashakti, an environmental NGO, believes that religious factions need to understand the context of rules and regulations and behave responsibly. “No one is banning firecrackers in villages since there is no dearth of open spaces, where the wind can blow the smoke away. It is only in the cities that these laws are being implemented,” he explains, adding that it is time people change with the times and keep the betterment of all in mind.

Stalin also goes on to blame the lack of planning in the region — pinning the fault on the government. “There are no open spaces or passages for wind to pass through the city. Buildings have been placed arbitrarily and, as such, there is no festival space where crackers can be burst without causing harm to the city’s environment. So, in a way, it is the government’s fault,” he shrugs.

The outrage has been equal — with groups of people calling out Chetan for his misinformed tweet and the Supreme Court for the ban. Anil Dharker, columnist and director of the Lit Live festival in Mumbai, belongs to the latter group. “The ban on sale of firecrackers is a classic case of judicial overreach,” he rolls his eyes, adding, “The judiciary should stop taking up cases that have nothing to do with the judiciary. If a ban needed to be in place, the executive body should have done it — the local government or corporation in this case.”

When it comes to timely environmental issues like these, Anil says that there is collateral damage that needs to be taken into account as well. Even as he agrees with the outlawing, Anil thinks that instead of pushing for a last minute ban, there should have been something planned from last year. “Instead of a ban on fireworks so close to Diwali, which not only hampers celebrations to an extent, but also causes harm to several industries, measures could have been taken from last year to ensure that there were less emissions from firecrackers,” he concludes, firmly.