He issued challenge on Friday to Redford Township Police Dept, after being threatened of getting banned by page for derogatory comments. 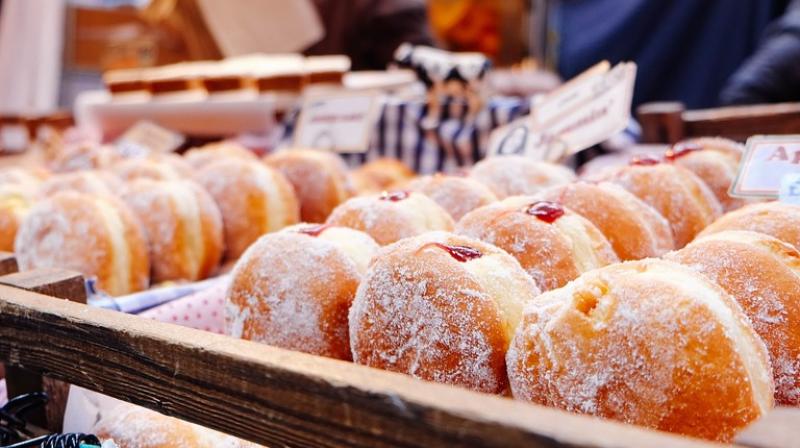 This came after Torino left a message on the wall of Redford Township Police Dept regarding home invasionb. He posted “You guys suck.” (Representational Image)

A wanted Detroit area man who calls himself “Champagne Torino” on Facebook has promised to turn himself in for 1000 Facebook shares.

He issued the challenge on Friday to the Redford Township Police Dept.

This came after Torino left a message on the wall of Redford Township Police Dept regarding home invasionb. He posted “You guys suck.”

The person manning the department’s Facebook page threatened to ban Torino from the page.

Interestingly, Torino, who already has several arrest warrants against him, surpriseds everyone by being on the page in the first place!

The ban soon sparked his competitive nature and he promised to turn himself in if the department’s next post got 1,000 shares. He also sweetened the deal by promising to come with a dozen doughnuts and to pick up every piece of litter around local schools.

Redford Township Police Dept, joking that the doughnuts were the key elements!

The posted, “Donuts!!!! He promised us donuts! You know how much we love Donuts! Help us win this challenge and clean up blght in Redford at the same time! It’s as easy as a SHARE of this post.”

Within an hour the post had more than the 1,000 shares, Torino demanded. Since Friday, it’s been shared more than 4,200 times.

However, Torino had yet to show up at the police department with doughnuts in hand, a department official told HuffPost.

Officers tried to be philosophical about it on a post, explaining that “everyone gets caught at some point.”

The Facebook page , however, also posted on crossing 1000 shares, "It is amazing the support we get from the community. Mr. "Torino" gave us a challenge. That challenge was accepted. He may or may not be a man of his word. It is our experience everyone gets caught at some point. He has drawn a lot of attention to himself, and that makes it hard to hide from reality. The important thing to be seen here is the support of the community, and the desire to help. Our jobs would be next to impossible without that partnership. 1000 shares in just over an hour!While this was fun, it was also educational. Thank you. "

And while Torino might not have come with the doughnuts, the post saw some funny reactions from Facebook users, with one posting, " I hope if he doesn’t turn himself in that somebody at least brings you donuts."

Another person wrote, "Something tells me he's not a man of his word and just wanted the attention, but I'd love to be proven wrong."

While some were sceptical, "Would you really trust donuts brough in by this guy? Ummmmmmm, NO. I never ate food brought in by the public. I would say thanks and take it from them but wouldn't eat it."