A study said many of the real-life Nemos swimming in children’s fish tanks around the world were caught using cyanide. 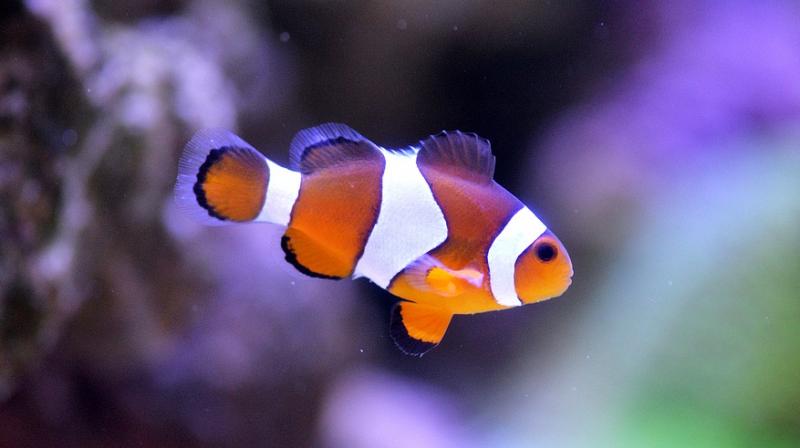 A study said many of the real-life Nemos swimming in children’s fish tanks around the world were caught using cyanide. (Photo: Pixabay)

The clownfish, the colourful swimmer propelled to fame by the 2003 film “Finding Nemo”, is under threat from warming ocean waters wreaking havoc with sea anemones—the structures which serve as its home, a study has found. Closely related to corals, sea anemones are invertebrate marine creatures that live in symbiosis with algae, which provide them with food, oxygen and colour.

Clownfish, also known as anemonefish, in turn use the structures as shelter to lay their eggs and raise their young—keeping the anemones clean in return.

For the study, published Tuesday in the journal Nature Communications, a research team monitored 13 pairs of orange-fin anemonefish living among the coral reefs of Moorea Island in the South Pacific.

They were monitored before, during and after the El Nino weather event that in 2016 caused major coral bleaching as the Pacific Ocean warmed.

Half of the anemones in the study “bleached”, expelling the algae that live on them and turning bone white, the team found.

This happens in response to environmental stress, such as ocean warming or pollution.

“Among the clownfish living in the bleached anemones, the scientists observed a drastic fall (-73 percent) in the number of viable eggs,” said a statement from France’s CNRS research institute.

“These fish were laying eggs less frequently and they were also laying fewer and less-viable eggs.”

No changes were observed among fish with unbleached abodes.

Blood samples showed a sharp increase in levels of the stress hormone cortisol in the affected fish, and a “significant drop” in sex hormones that determine fertility, the team reported.

The health of the anemones and the fish improved three to four months after the end of the warming event.

Further research is needed, the team said, to examine the effects of a longer, or more intense, warming period, and whether affected fish would deal better or worse with a new bleaching episode.

A level of about 1 C has already been reached and scientists fear the ceiling will be shattered, with potentially disastrous consequences for the Earth’s climate.

In June last year, a study said many of the real-life Nemos swimming in children’s fish tanks around the world were caught using cyanide—another threat to the species.

“Finding Nemo”, the movie about the quest of a young fish separated from its family, resulted in more than a million clownfish being harvested from tropical reefs as pets.