Celebrities, but not quite

The famous Virat beard that makes Gaurav’s look so similar to the cricketer’s has made him famous. 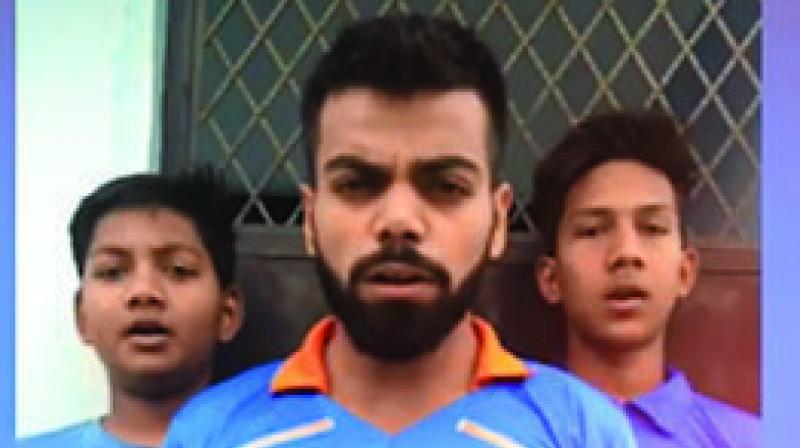 The resemblance between Gaurav and Kohli is uncanny.

Tiktok, the popular app, has been giving many regular people a platform to be famous ever since its initial days. Some of the users who have gained quite a popularity have also come to be known as ‘Tiktok stars’. But, as it turns out, the most recent such star is Virat Kohli, who seems to have taken the famous video-sharing app by storm. Well, not the real Virat… but ‘duplicate’ Virat Kohli or Gaurav Arora, who is a Tiktok star with over four million followers and about 32.9 million likes on his profile. He is known for posting funny videos on the app, where he is usually seen imitating arguably one of the world’s best cricketers.

The resemblance between Gaurav and Kohli is uncanny. The famous Virat beard that makes Gaurav’s look so similar to the cricketer’s  has made him famous.

He recently starred in a promotional video of the upcoming film starring Sonam K. Ahuja, The Zoya Factor, which is about a girl who becomes team India’s lucky charm. Arora can be seen playing the role of the Indian skipper, where he can be seen sitting in the dressing room and kissing a pendant with a picture of Zoya in it, as he gets ready to go out and bat. In a country where people love and live cricket, it is no wonder that Gaurav was has been met with such viral fame.

Like farzi Virat Kohli, there are many others Tiktok users who look uncannily similar to celebrities, with each boasting millions of followers such as farzi Ajay Devgn, Gareebo ka Ranveer Singh and TikTok’s Salman Khan. All these people have managed to gain quite the fan base. And if you see their viral videos, you can witness that they actually do imitate these celebrates very well.