Officers were asked to rescue a distressed man who was desperately trying to flee from a clingy baby squirrel on Thursday morning. 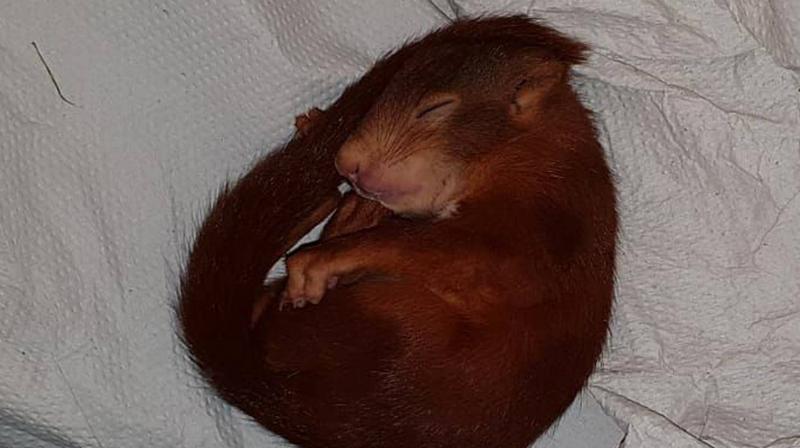 According to the police force’s Facebook page, officer’s immediately sent a patrol to investigate the matter. (Facebook Screengrab/ Polizei Karlsruhe)

The German city of Karlsruhe stood witness to the strangest event ever when their police force received a distress call with one man crying for assistance on getting ‘chased by a squirrel.’

According to the police force’s Facebook page, officer’s immediately sent a patrol to investigate the matter.

It added: ‘In fact, the police there met the man being persecuted by the stubborn little creature.’

Officers warmed to the stricken creature, posting that it had become their ‘new mascot’ after they ‘baptized it in the name of Karl-Friedrich’.

The squirrel was so exhausted from its pursuit of the man that it ‘fell asleep because of the horror’, police added.

Karl-Friedrich was ‘taken in to police custody’, where staff immediately sought new accommodation ‘for the little squirrel, which apparently was looking for a new mother.

The animal is now in a rescue centre and is being looked after.

Talking to the Guardian, police spokeswoman Christina Krenz told the Guardian that it was likely the baby squirrel had targeted the man because it was seeking a new home, adding: ‘It often happens that squirrels which have lost their mothers look for a replacement and then focus their efforts on one person.’