‘Say cheese!’ in the street

Parents will be able to get live feed of the CCTV camera through the 'DGS Live' app, which can be downloaded from the Google Play Store. 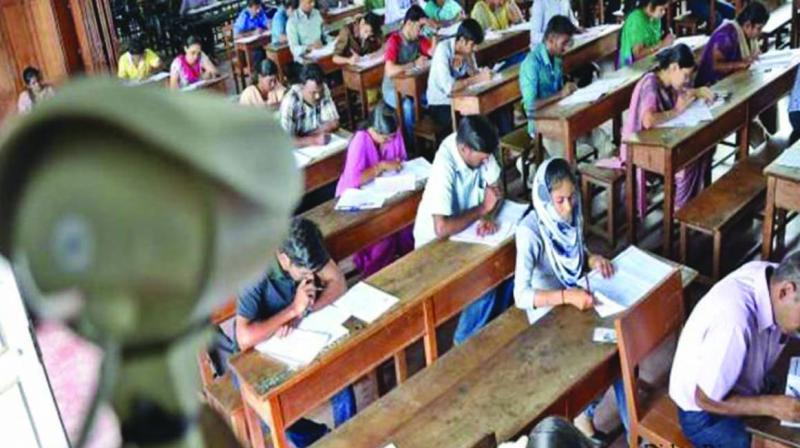 The entire school premises, baring washrooms, will be under 360-degree surveillance of the camera. As a part of the project, two cameras will be installed in each classroom.

Recently, the Delhi CM has vowed to set up CCTV cameras in schools and other public places. Delhiites share their views on whether the decision was a boon or a bane.

The capital goes abuzz as chief minister Arvind Kejriwal recently announced the installation of three lakh CCTV cameras in the city to fight crime. Their installation is a part of a citywide programme under which an average of 4,000 devices will be set up in each of the capital's constituencies.

After installing CCTVs at government employees' residential colonies at Pandara Road and Laxmi Bai Nagar, Kejriwal said that the network of devices will help solve many crimes. He referenced the recent case of the rape of a six-year-old, which was solved with the help of CCTV footage.

"The Delhi government is in the process of installing CCTV cameras to ensure security of its people. Lights have been installed on roads that fall in our domain," says Arvind Kejriwal.

Delhi resident, Deepak Singh, agrees with the chief minister. "I believe that the installation of CCTVs will impact city safety, as over the past many years I have heard of many rape cases and whenever my daughter, wife or sister leaves the house, particularly at night, I feel very unsafe and insecure. I hope the cameras will bring change in the system and Delhi will be a safe city," he says.

The installation of the first batch of 2,000 cameras has been initiated and tenders for the second batch are under process. A survey done by the chief minister's constituency team estimated that there is a requirement of 4,300 CCTV cameras in each constituency.

Niharika Goyal, a college student, expresses, "The installation of cameras will increase safety for women in Delhi. There are times when I travel late for studies and my parents are worried about it. With installed cameras, nobody can mess around."

"Chain-snatching and public harassment will come to an end with the coming of CCTVs near our societies and colonies," says Anil Kumar, an East Delhi resident.

Arvind Kejriwal had earlier launched a project to install CCTV cameras in government schools and over a thousand schools under the Delhi Government will be equipped by the end of this year.

Parents will be able to get live feed of the CCTV camera through the 'DGS Live' app, which can be downloaded from the Google Play Store. After downloading the app, they will receive an SMS from the government control room. They will be able to access live classroom feed after proper verification.

The entire school premises, baring washrooms, will be under 360-degree surveillance of the camera. As a part of the project, two cameras will be installed in each classroom.

Shriya Sachdeva, a post graduate student, says "CCTVs or closed-circuit televisions, are a means of surveillance. They aid in keeping a check on the activities around them. Installation of the cameras in classrooms will be an excellent move as it will provide safety to all the children and teachers and will avoid unwanted and unknown discrepancies."

Conrad, a Janakpuri resident says, "CCTV cameras in schools is the need of the hour as little kids are being raped and molested. Some have been murdered at the school premise and no one seems to have a clue as to who the pervert could be. Government schools don't have a very good record of teacher attendance too, so when a class is minus the teacher trouble is almost always around the corner. By having cameras placed strategically, at least children's welfare and behaviour can be monitored."

While most of the people are happy about this project, there are some people who are against of it.  Bhavey Srivastava, a Delhi school student, feels, "The school is the only place where a child is away from his parents, but if cameras are installed then he'd feel like he's always under supervision. I believe that this will hampers the holistic growth and the personality development of the child, considering school is the only place where the child has the liberty to be himself. But if parents can see the footage concerning what the child is doing in school, his actions will be subsided and they might constantly nag him at home about something that happened in school. Thus, I believe that installation of CCTV cameras is an invasion of the child's privacy." However, the Supreme Court has issued a notice to the Delhi government on a PIL challenging its decision for the installation of CCTV cameras in government school.

The petitioner in its plea to the judicature has stated that installation of 1.5 lakh cameras in all the classrooms and live streaming of footage will have psychological pressure on children.

Vibha Jha, a school teacher, thinks, “I think this will not be fair. This will create a problem, as it encourage comparison among children. Parents will interfere more in their child's life, and children will not be able to behave freely in the classroom once they know that they are under their parents' surveillance.”