With the city caught in the grip of the monsoon, we find Mumbaikars tweeting and posting funny pictures. But will they effect change? 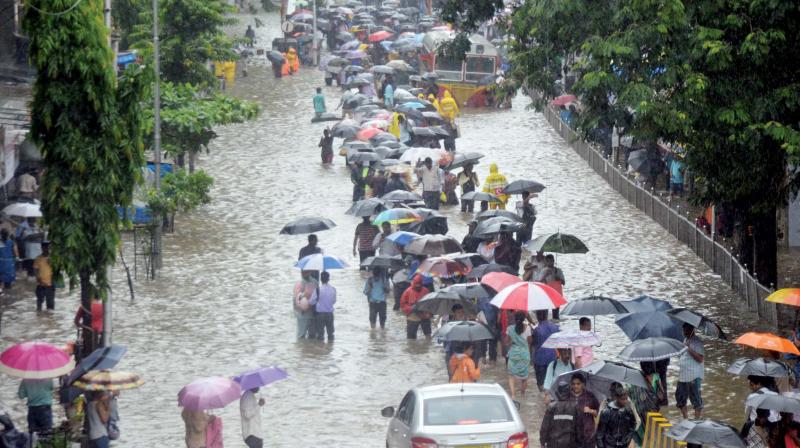 As heavy rains continue to lash the city, Mumbaikars have been facing various problems due to the shortcomings of infrastructure and public transportation. With cancellation and delays in train services, many had to resort to travelling by road, only to get stuck in traffic or stranded in water-logged areas. Various accidents were also reported and numerous relief measures announced.

It wasn’t long before Mumbaikars took to social media to vent their fury at the authorities. While many tweeted and re-tweeted the incidents and news updates about the situation, many chose to share memes and humorous tweets regarding the same as a means of catharsis. Talking to José Covaco, a comedian, about why people use humour in forms of memes and tweets, he regarded it just as a medium to voice people’s opinions. He says,  “The thing is when people complain very seriously online, you have a lot of fiction and people end up fighting with each other. So they found a better way to complain, is to do it with a tongue and cheek, and sort of like making memes and jokes about it.”

However, José, a Bandra resident, feels memes and humour are ineffective. He says, “We’ve been doing this for a long time but nothing is coming of it. The only outcome is we get good memes and fun things to laugh at. But if our infrastructure doesn’t get fixed, we’re back to square one and you only end up getting entertainment out of it, nothing else.”

Humour can also be satirical including a sharp commentary. In a tweet, Daniel Fernandes, a comedian, pointed out at people who regard dealing with such issues as the ‘Spirit of Mumbai.’ He tweeted “Everytime someone in this city uses the phrase ‘spirit of Mumbai’, the BMC does a shot and laughs about how stupid and gullible 12.4 million people in this city really are.” He explains, “Humor makes us realise that we're idiots! Idiots to keep quoting ‘the spirit of Mumbai’ because we want to feel good about giving strangers biscuits during a flood when instead we should bring this city to a standstill and haul up the BMC for conning us for decades. The so-called spirit of Mumbai needs to be replaced with ‘the wrath of Mumbai.’”

Apart from catharsis, Karunesh Talwar, a comedian, is of the opinion that last year’s incident where radio jockey Malishka Mendonsa was served a defamation case by BMC officials for posting a video mocking the BMC’s ill-preparedness for the monsoon is also a reason why humour is not effective. He concludes, “Now it’s a civic body but it needs to be accountable to the city right, but if they are going to be aggressive towards citizens for raising a valid complaint, what can you even say after a certain point?

There is really just nothing you can do."