Life   More Features  11 Jul 2017  Man pushes black woman down the stairs for being late to leave, says its not Africa
Life, More Features

Man pushes black woman down the stairs for being late to leave, says its not Africa 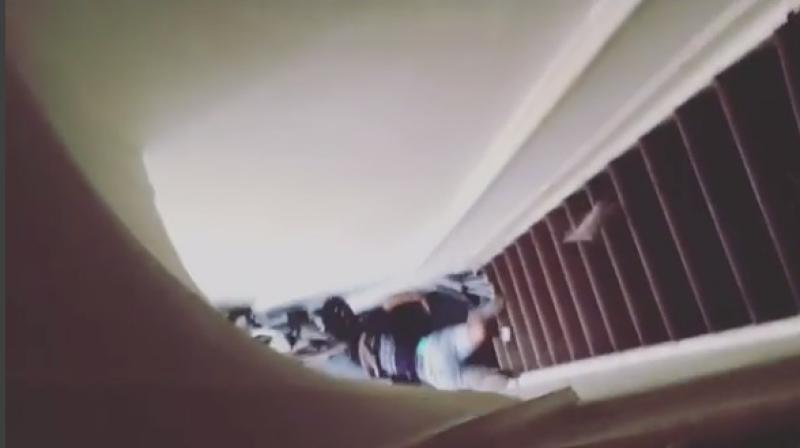 Sibhale Nkumbi was pushed by her landlord who became angry after she checked out too late and the entire episode has been caught on tape and posted on Instagram.

Nkumbi, who is a South African filmmaker and also goes by the name Steve said that it is true that she and her friends were late to check out but insisted that she did nothing to deserve being treated in such a brutal manner and argued that had she been white, things would have turned out differently.

Her friend, Zanele Muholi, who had originally posted the video on Instagram had written, “One of my friends/ Inkanyiso crew members was pushed downstairs by the Airbnb owner where we stayed. He threw their belongings out ... for few mins late checkout. She collapsed and ended up in hospital. She suffered internal injuries and bruises. Am so angry with this I couldn't even sleep. This is racism and can't be justified... violence on black bodies as you can see in this video.”

The footage that first emerged on social media shows the Amsterdam homeowner shouting 'out, out' as he chucks the clothes and suitcases of the women out of the apartment and down the stairs.

He then howls 'out now' and can be seen pushing Ms Nkumbi head first down the steep staircase.

The video has been viewed over 36,000 times on Instagram.