With the sole goal of creating healthy childhoods in low-income families, a couple is using technology to make a difference. 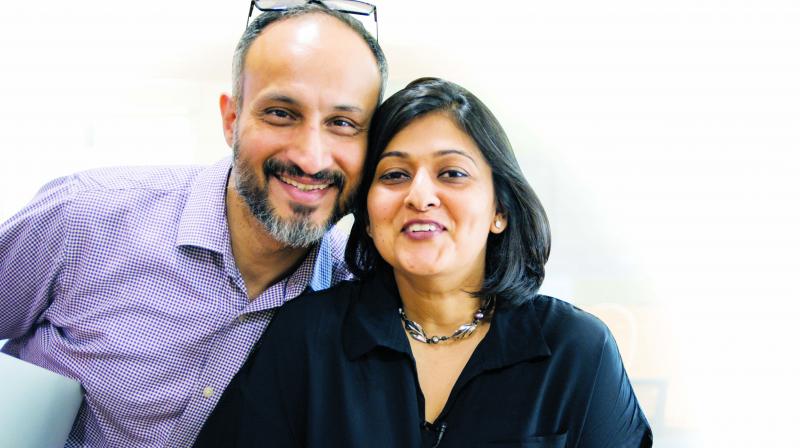 While we have artists painting murals on the slum walls to uplift their image, a couple is working towards building healthy childhood in the slums. Called Saathealth, the founder and CEO Aakash Ganju along with wife and co-founder Aditi-Hazara Ganju have built an impact-focused social enterprise that provides digital tools to empower young parents with information on health and nutrition, and provide early childhood products and services.

With around 10 years of experience in developing health technology solutions for HIV AIDS and women’s health domains, primarily for the low-income population, Aakash closely saw the evolution of mobile adaptation in such areas. “In 2016, the data usage was getting popular in middle and low-income population, especially among the young migrants from UP and Bihar coming to Mumbai and Delhi,” says the founder who then conducted primary and secondary research in the slums of Mumbai and Delhi. 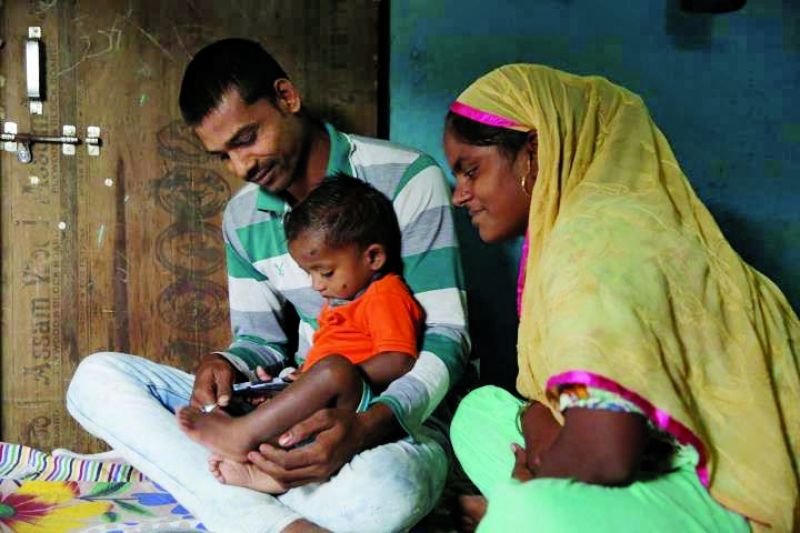 A family engaging in Saathealth app

Even though the absolute number of data usage was not very high, their findings shed light on the significant acceleration in the use of data amongst low-income young parents in the slums. “That meant, if we have to build interventions for future it had to be data-driven and the cost was no longer a barrier for owning mobile phones,” adds 35-year-old Aakash.

By combining the findings with technology, the healthcare entrepreneur launched the pilot programme of the app last year in the Govandi slum community.  According to Aditi, the app is a combination of health-related information and an eco-system where they can access nutritional, health-related products and services related to health such as tie-ups with clinics. “For instance, we created a dental rap video titled Brush Kiya kya? wherein we chose children from the community, composed the rap song about brushing and shot it within the community,” smiles the 31-year-old co-founder.

While the mission is to build a healthier childhood in low-income areas, the founders firmly believe that parents need to be imparted correct knowledge and also need incentives to health nutrition and early childhood choices.  “On one hand, we are giving them content around nutrition in an entertaining manner, on the other, we are aggregating the demands of these communities and getting them volume discounts on nutritional items,” says Aakash.

The app also has tie-ups with community grocery stores that provide families with discounts and offers. The discounts can be availed through participating in other activities such as quiz and research questions. “These quizzes help us understand the person and give us a sense of whether they are learning from these videos,” says Aditi.

While the aim of the pilot programme was to reach out to at least 5000 families, by the beginning of 2019, the founders saw a surge in downloads. “We had 60000 downloads, of which 70 per cent were viral. We also found that 62 per cent of the families have increased the consumption of eggs and lentils since they became the part of Saathealth eco-system,” shares Aakash.

Currently, the Saathealth is active in Govandi’s Shivaji Nagar and Lallubhai Compound, apart from having reached Varsha Nagar in Vikhroli, Kurla, and Bhandup. Under their offline initiatives, the platform conducts workshops imparting phone knowledge and parent-child bonding programmes in an effort to built trust with the community.  “The mobile literacy programme called Aarambh is where we teach women to use their smartphones. Also, we strongly believe that the role of parenting has to be shared between the father and mother. So we do these workshops Chhaya workshop which are about father-child bonding where we tell fathers how to engage with their children, in order to boost the child’s cognitive development,” says Aditi.

The app has now organically reached the states of Lucknow, Gorakhpur, Indore with a total download crossing 80000 and users spending over 150 million seconds on the app.