Man survives after battle with rattlesnake

The bite reflex of venomous snakes is extremely strong. 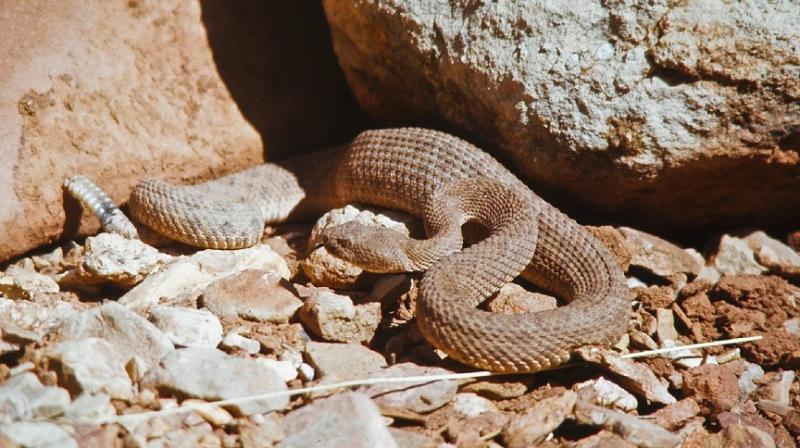 Washington: A man in Texas nearly died after a four-foot Western diamondback rattlesnake bit him when he tried to get rid of it.

According to National Geographic, the man had received a heavy dose of venom of the snake. He then became very ill and was air-lifted to the hospital, where he required a large number of doses of antivenom.

He is now said to be in a stable condition. Researchers state that snakes, like many other reptiles, retain their reflexes even hours after death. Their bodies writhe around for some time after their death.

The bite reflex of venomous snakes is extremely strong because of their instinct to deliver one extremely quick bite. They then move away and wait for their venom to work.