This is the first time a lady-love of the actor has accompanied him on a family outing. 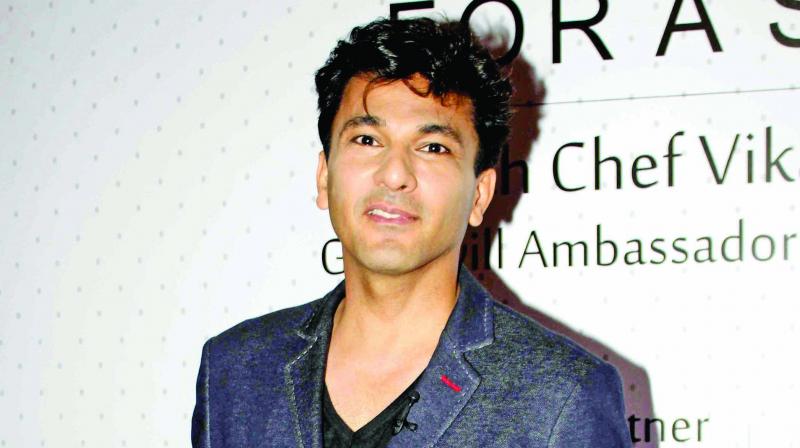 The chef distinctly remembers an exchange he had with Anthony, during which he had urged Anthony to try vegetarian food prepared in India.

Masterchef Vikas Khanna, who was lucky enough to have met the culinary sensation, says that he is heartbroken by Anthony Bourdain’s demise. “We worked together many times. I’m so heartbroken. Anthony was my hero. I looked up to him and was privileged to have bonded with him,” says Vikas.

The chef distinctly remembers an exchange he had with Anthony, during which he had urged Anthony to try vegetarian food prepared in India. “He hated vegetarian food. I told him until he visits India, he wouldn’t know the pleasures of vegetarian cuisine,” reminiscences Vikas.

He also recollects the first time he met Anthony, and how it was his second meeting that proved to be more memorable. Vikas says, “I had first met him when I was doing a tasting menu with mangoes at my midtown restaurant Purnima in New York. I did not get a chance to talk to him then. The second time we met, I cooked for him at the Rubin Museum. I told him that I was researching extensively on Himalayan foods, UTSAV and creating Holy Kitchens documentaries.”

Anthony, who was known for his grit and determination, had told him, “Keep pushing the limits.” Vikas also remembers a time Anthony asked him to accompany him on a trip to Punjab. “He was hosting CNN’s Parts Unknown in India and he wanted me to travel to Punjab with him to show him my hometown. I could not travel to India at that time. But I was so happy that he had started loving Indian vegetarian food and even asked me for recipes which were eventually used on the show.”

When asked what could have made the iconic chef take his own life, Vikas says, “There are many pressures in a chef’s life that could have killed Anthony. There is a lot of drug usage, time management issues, small spaces to cook in, Michelin pressure, fire hazards, customer service issues, health and mental hygiene issues, nepotism, demanding critics, labour issues, emotional distress and breakdowns, standard consistency, long hours…oh! Being a chef is not an easy job,” exclaims the chef.  “People only see the food on the table, not the fire in the kitchen. I have seen individuals of great skill go down in a jiffy. It’s the curse of those who are in the quest for perfection. Sorry, if I’ve said too much. I idolised Anthony. I can’t believe he’s gone,” shares Vikas.