Creativity on a wild spree

Talking about the harsh lives of the children, Mishra says, “These children face so many difficulties in their everyday lives. 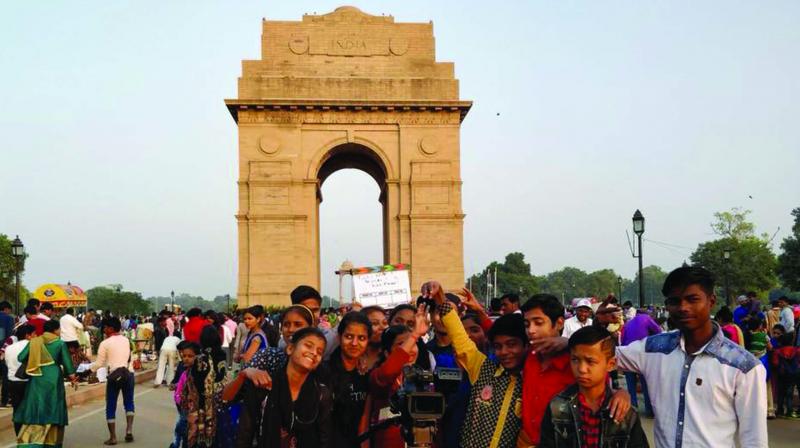 But filtering out the best of the many was a task in itself. “We had hundreds of children who were interested in the project but we couldn’t take them all.

Children cinema seems to  have taken a giant leap, thanks to — Delhi Dreams – a film made by 14 underprivileged children hailing from the slums of Delhi. The film was the culmination of the meeting of fourteen students from Nai Disha, a Mission Education center of Smile Foundation during Smile Foundation’s annual International Film Festival – SIFFCY 2017 (Smile International Film Festival for Children and Youth).

The film revolves around the ambitions and aspirations of 5 underprivileged children from the slums of Delhi between the age group of 12 to 14. The film went on to be screened at Cannes Film Festival 2018 at the British Pavilion.

But how did  Delhi Dreams happen? Santanu Mishra, the Executive Trustee of Smile Foundation and Chairman – SIFFCY spills the bean, “It was an organisational idea. As an organisation, we work with under privileged children as well with the privileged ones. Travelling to various countries we realised that in India the subject of children cinema virtually doesn’t exist. Also, our children do not have the opportunity of cinema made for them. The idea is to make a platform for what our children are missing. It is essential to remember that cinema is not just for entertainment rather it plays a crucial role ás it reflects what is really happening in the society. We need to assure that content driven cinema is made every year on a global level.” 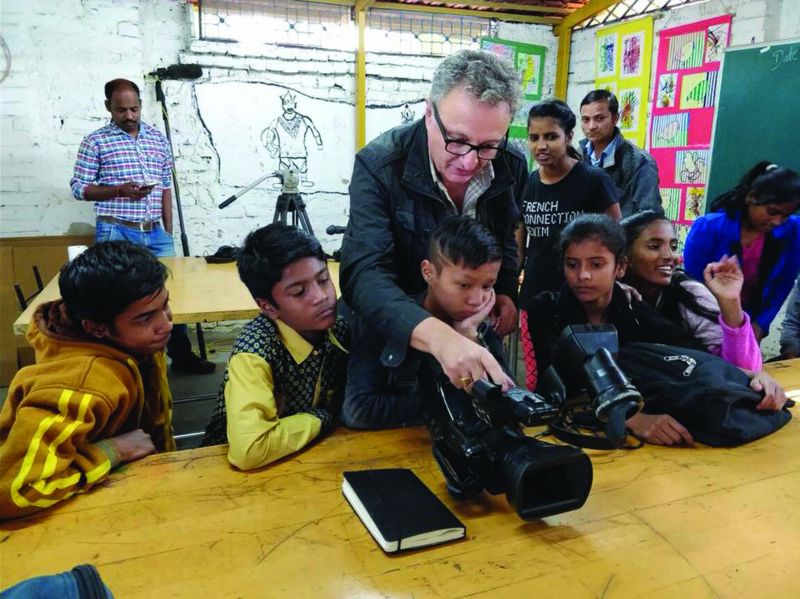 Mishra feels that with the advancement in technology everyone — from children to elderly persons,  are bombarded with unfiltered content but we often forget that children are very vulnerable to such out pour. “The idea was to basically introduce children to the right content which can be accomplished by creating creative platforms for them,” shares Mishra, who hopes to see more cimena for children with Delhi Dreams as a source of inspiration.

Talking about the harsh lives of the children, Mishra says, “These children face so many difficulties in their everyday lives. However, their environment does not inhibit them from being creative. The movie is about their story. We asked the children to narrate their own stories  because with an independent flow of thought comes true creativity. They talked about their dreams and aspirations which later found it’s way in the movie.”

For the movie the children were trained under the multi-talented, passionate film professionals including Jill Samuels and award-winning photographer and cinematographer Richard Blanshard who visited India in November 2017. And the product was Delhi Dreams. “The workshop that we conducted in association with Film without Borders, has not only helped these children to unearth their raw talent but has also helped them build their confidence, enabled them to learn about themselves,” adds Mishra. But filtering out the best of the many was a task in itself. “We had hundreds of children who were interested in the project but we couldn’t take them all. So, we went through the process of auditioning and choose the best 14 who had a keen interest in cinema,” he adds.

The endeavour to create a space for children cinema doesn’t stop here. “After completing our first film we have decided we want to bring the best children cinema for our kids. Hopefully, after the success of Delhi Dreams, we will see more children oriented cinema,” concludes Mishra.