India has learned a new and obscure word, all thanks to a tweet from Indian diplomat and author, Shashi Tharoor. 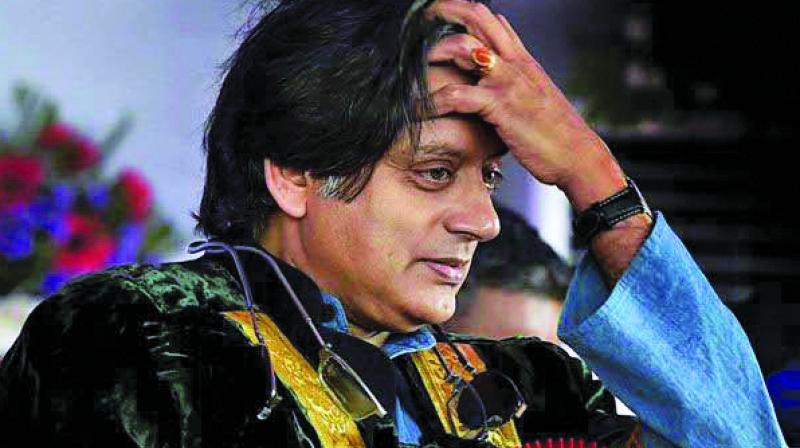 Indian diplomat Dr Shashi Tharoor has often had the country swooning with his eloquence. Be it the now-famous Oxford Union debate on colonialism’s repercussions or by raising pertinent questions in Parliament last month. But now, Dr Tharoor has single-handedly managed to make the entire nation look up an obscure word: farrago. On Tuesday, as a reaction to television anchor Arnab Goswami and a story related to Dr Tharoor’s late wife, he posted a scathing remark on Twitter. “Exasperating farrago of distortions, misrepresentations & outright lies being broadcast by an unprincipled showman masquerading as a journalst [sic],” read his post.

According to Oxford Dictionary, the word farrago means ‘a confused mixture’. It also says that the word originated from mid 17th century Latin, literally meaning ‘mixed fodder’. Interestingly, Tweeple (a portmanteau of Twitter and people) digressed from the point being made by Dr Tharoor and instead poked fun at his choice of words.

While his vocabulary was the butt of a joke,satirist and stand-up comic Anuvab Pal finds the reactions to be more hilarious. “I didn’t know the word ‘farrago’ until I read his tweet, and that’s a good thing, right? But not anymore it seems. But it’s surprising to see that people are mocking him for speaking well. It’s almost like making fun of Sachin because he played a fantastic innings,” he says.

Being made fun of for one’s intimate knowledge is a predicament many have faced. Film writer Rajeev Masand has often faced flak for using words not in the currency. “Honestly, I don’t care when people make fun of it. I understand the need to be accessible to the readers, but I refuse to dumb down,” says Rajeev. Speaking on the prevalent usage of informal language on the Internet, he points out, “On social media, the trend is to be conversational. Had my writing been too technical and pedagogic, I would understand. But since it’s not the case, I refuse to dumb down,” he says. 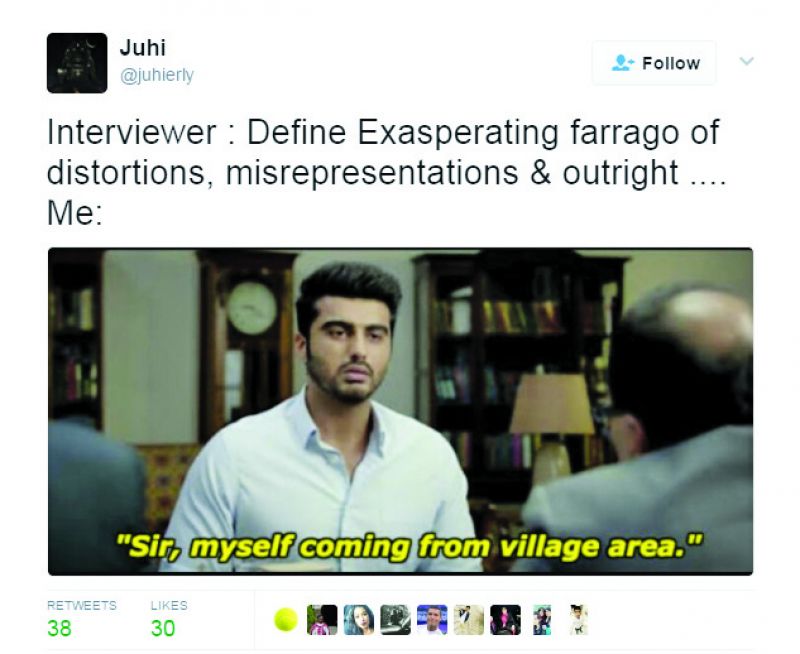 Equally puzzled by the Tweeple’s reaction is Anil Dharker, a writer and editor himself and also the director of Mumbai’s popular lit fest, he thinks the reaction often comes from an assumption that people are showing off. “Dr Tharoor is learned and words like ‘farrago’ are part of his normal usage and I’m sure he must have been taken by surprise by the reaction. Earlier, if we didn’t know something, it would be considered ignorance and certainly not a badge of honour. But today, instead of trying to improve ourselves, we are making fun of him and certainly showing off our stupidity. There is a certain glory in ignorance today, which is very unfortunate,” remarks Dharker.

Several of Anuvab’s stand up sketches feature an anglicised and ‘refined’ Bengali and his predicaments to adjust to a society, which has other priorities. “Being a Bengali, we would always take pride in learning a language and as long as one hasn’t read specific books or heard certain songs, one would be considered semi-human beings,” quips Anuvab, adding, “Problematic as it may be, equally bad is the fact that today people are celebrating knowing less. 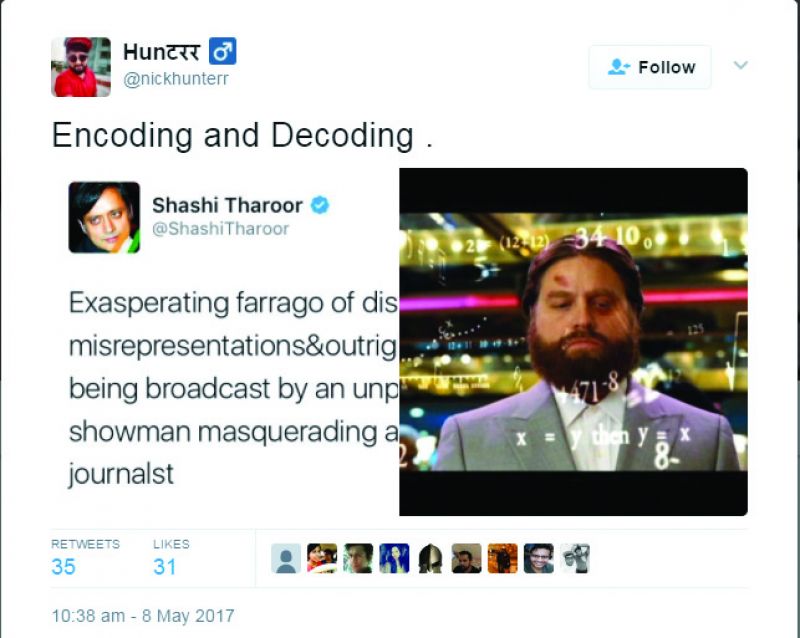 By that logic, even Prime Minister Modi should have been mocked because he went to Japan and spoke in Japanese and not Gujarati. Dr Tharoor is extremely well learned and has two degrees. With this reaction, perhaps he is thinking why did he go through the pain of studying so much. He might as well have saved the money and bought himself an SUV,” he concludes on a sardonic note.