Walking on the wild side

This year, the nominations to the BBC Outlook Inspiration Awards features an Indian who has been rescuing and conserving snakes for 28 yrs. 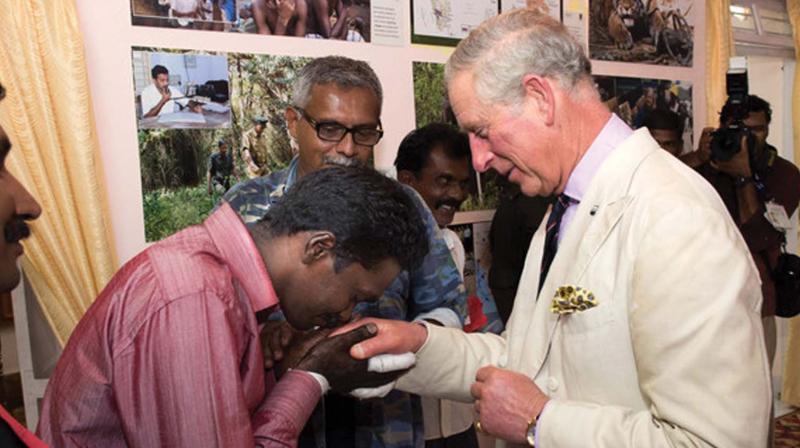 ‘Vava’ is Malayalam  for baby, but the name Vava Suresh reminds one nothing about a baby. A man whose friends are venomous reptiles, Suresh has to his credit several nicknames that range from herpetologist to a living medical miracle. This Thiruvananthapuram native, who has been, for the past 28 years, rescuing and conserving serpents, is nominated for the BBC Outlook Inspiration Awards 2018 instituted by the BBC World Service, to honour persons with extraordinary grit and inspirational stories.

Suresh was just back after a sleepless night, taming and catching a King Cobra at Kallambalam in the capital city, but he was glad to speak about the nomination. “It’s a great honour. For a school dropout like me, getting featured as the only Indian on this global platform itself is a once-in-a-lifetime chance. So far, I have rescued over 50,000 snakes, including cobras, vipers and pythons.”

“I have also rescued several Asian palm civets, otters, wild cats, monkeys, bisons, wild elephants and even crow chicks.” Passion and fondness brim in his voice as he speaks.

There’s no exaggeration when Suresh says that he rescues at least 25 snakes a day. Always on the move, he travels at least 50 km daily to catch reptiles from all over Kerala, with his bare hands. Ask why he doesn’t take any safety precautions, Suresh says, “I don’t want to scare or hurt them; I just want to save them.”

Suresh’s home in Sreekariyam is also home to his slithering buddies. Not only is it a temporary shelter for the snakes he rescues, but also a hatchery for endangered snake eggs. “Over 20,000 snakes have hatched at my home. All those have been released to its natural habitats. These reptiles are important to maintain biodiversity,” says Suresh, who is happy to share his knowledge with anyone willing to listen. 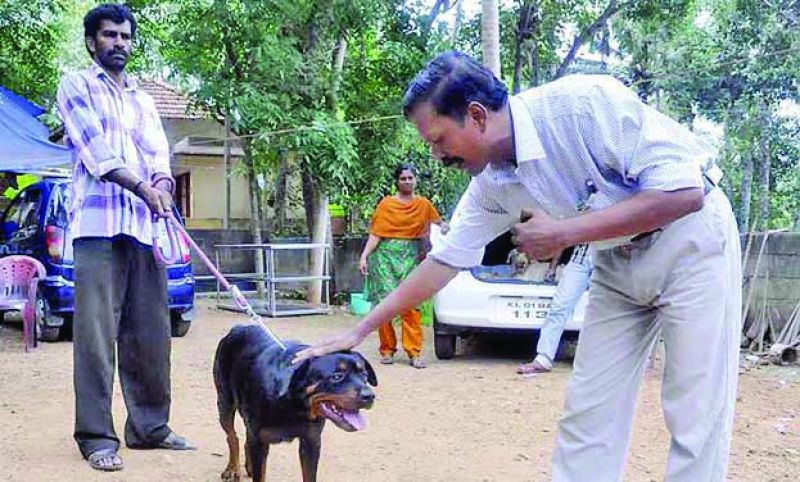 This 40-year-old is perhaps the first snake catcher who conducts awareness classes on serpent protection and a reptile-friendly world. A man with little formal education conducts classes at schools, colleges and universities about eco-friendly living, herpetology and how the world belongs to the snakes too. His efforts are paying off because Suresh has found that people are letting snakes go when they find one on their premises. Snake enthusiasts, curious academicians, researchers and physicians come to his little hometown to know more about the man who has survived 3,889 snake bites, 10 critical care hospitalisations and two comatose, surprisingly, with no regrets but increased enthusiasm and love for snakes.

“I get a high while interacting with these innocent limbless creatures with no proper vision or memory. No snakebite can be deadly for me now. I have developed more than enough antibodies in my body that there’s nothing called fatal bite for me,” he says.

Harry Potter fans might prefer the word Parselmouth; Suresh seems to know the language of snakes. He has a wild theory on it too. “Before I was born, my mother had suffered seven cobra bites. I think some traits from the venom passed on to my genes. I was 12 when I caught the first snake; I picked it up from the field and hid it at home. But my mother found out, threw it out and beat me to a pulp,” he recalls. The incident left little Suresh thinking about why people were frightened of snakes. That was the beginning of his quest.

He never charges money for his services. And all the donations he receives are shared with the needy, for treatments, weddings, schooling, housing and so on. “Last year, I donated for charity Rs 2.28 crore – the money I received from friends and collected for the purpose from Good Samaritans.”

Suresh, who enjoys a huge fan base, had the privilege to meet Prince Charles in 2013 when he expressed desire to meet the snake charmer he admired. Suresh was summoned at once. “I would never forget that day. My arms were severely infected after being bitten by an otter during a rescue op and I was stinking. No one would even come near me but Prince Charles held my bandaged hands and talked to me for 15 minutes.” Hailing from a land where many people remind him of his ‘place’ as a Dalit, the prince’s act touched him. “I have faced discrimination in my own place, where people have offered me water to drink in a cup used in the toilet.”

With every insult he chose to ignore, the man scaled new heights. If shortlisted to the top three of the BBC Outlook Inspiration Awards, he will be flown to London in June. Suresh, however, surprises again by saying that he doesn’t want to fly. “Who will take care of my snakes when I’m away?” he asks.

Awards, he says, are meaningless. “When I grew up hungry, no one was there offering me money or awards. Now I don’t need them. There are more deserving persons. Let them be honoured.”

(With inputs from Cynthia Chandran)