What has got people wondering though is why are the memes categorised under ‘self-care’. 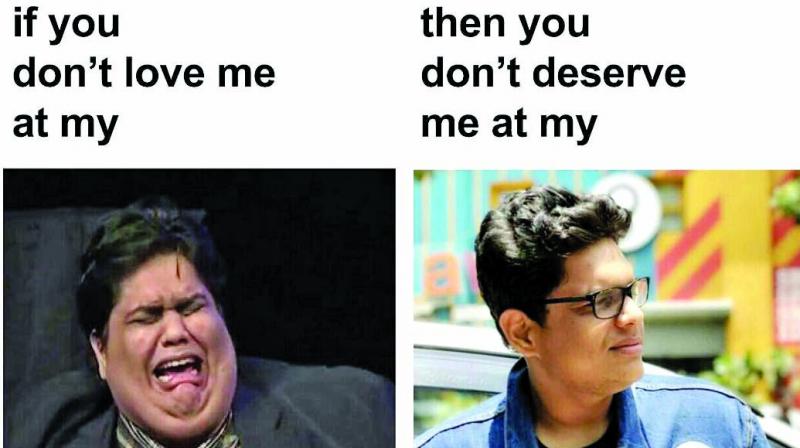 A latest trend, ‘self-care memes’, has taken over social media. These memes are being used, according to people, for more ‘noble’ purposes than just having netizens in splits.

To make their own memes, individuals are juxtaposing unflattering photos of themselves and with ones in which they look absolutely amazing; then comes the text — above or below the bad photo — that reads, “If you don’t love me at my (picture) and above or below the good picture goes “Then you don’t deserve me at my (picture). The words are a rip off of Marilyn Monroe’s famous quote. 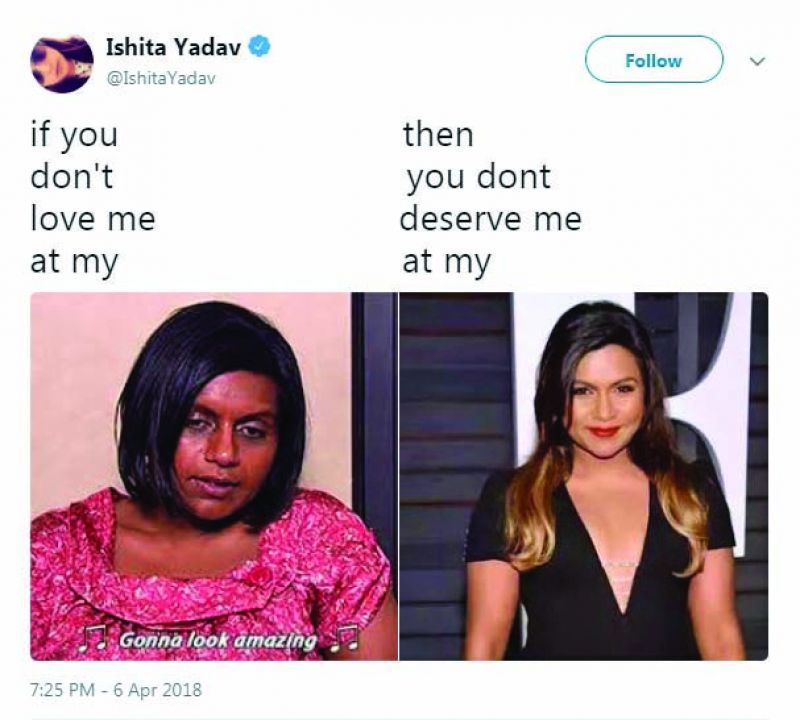 Even celebrities like YouTube star Jesse Wellens and AIB’s Tanmay’s Bhat among many others have come forward to use this opportunity and post contrasting pictures of themselves. Popular TV show The Office’s official Twitter page also posted a picture of Mindy Kaling at her worst and best.

What has got people wondering though is why are the memes categorised under ‘self-care’. Psychologist Srikanth Acharya explains, “People are able to project what they had not accepted something about themselves in the past, and have now risen to not only accept it, but also to show both phases — their best and their worst — to the world. The kind of confidence it generates makes people feel good.”

The creative world that social media is, netizens have not refrained from coming up with witty memes in this category too. Take for example the meme of Arbaaz Khan’s photo as the worst phase and Roger Federer’s pictures as the best phase. And then there’s Hrithik’s before and after in the film Koi Mil Gaya, and in Kabhi Khushi Kabhi Gham, where a chubby boy turns out to be a handsome hunk. Kajol’s before and after photos from the film Kuch Kuch Hota Hai has also gained popularity and gone viral.