Short film The Story of Kaveri (and every river, everywhere) has been awarded the Grand Prix. 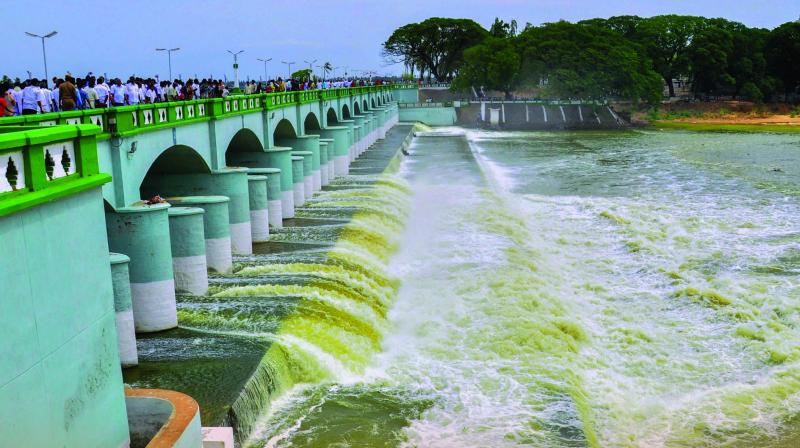 A picture of the river Cauvery

“The Story of Kaveri (and every river, everywhere)”, which is a short film, has been awarded the Grand Prix, the highest honour for creative excellence, at the Abby awards. Its creative approach and impeccable timing has garnered appreciation from all over the world as it addresses the global problem of water scarcity and gives a local solution to this crisis with a hard-hitting message.

We are thrilled with the recognition that our film has been received well by the creative stalwarts. The story is true for all rivers, and fresh water bodies, everywhere. Part mythology and part ecology, this is a universal message of peace and hope. The problem is the same. The solution is also the same. We hope people take the message of this film seriously and act upon it with dedication.” says Mr. Arjun Ranga, MD, Cycle Pure Agarbatties. The film is initiated by the companyand created by Reforest India.

The Story of Kaveri

The poignant film is unique because it lets the viewer decide how the story of Kaveri ends by placing the fate of the river in the viewer’s hands. The film narrative brings to life an Indian mythological tale of a demon which created drought and wrought water wars. The people dying of thirst are saved by a mother goddess who descends on earth in the form of a river. The story, like the state of the river in today’s times, takes an ugly dystopian turn and portrays the futility of fighting over a dying river.

“Fresh water cannot be created by dams and bottling plants. Nor can it be created by wars and bloodshed. All freshwater on earth comes from forests. If we want our children and their children to enjoy freshwater like we did, then we have to stop the deforestation and start reforestation. There is no other way. This is truly the only sustainable solution for a water-secure future.” says, Vinod Eshwer, the scriptwriter of the film and trustee of Reforest India.

“The good news is that it’s not too late yet. We can still bring back the forests, and bring back the freshwater, one tree at a time. A local solution to the world’s most pressing problem.” says Janet Yegneswaran, President, Reforest India.

The film also won three Gold awards under three different sub-categories of Video Craft (16A Direction), (16B Editing) and (16D Cinematography), and a Silver award at The National Geographic Green Awards. The film also recently received three Gold awards at MADDYs, Chennai for a fresh and unique approach to the global water crisis. For the first time in the 114 years, both Karnataka and Tamil Nadu seem to agree with the film’s message of peace on this dispute.