Ragas at the Grammys 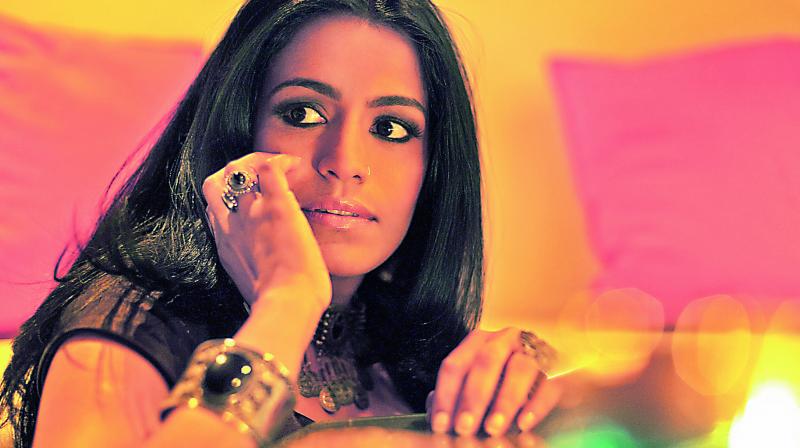 Singer Falguni Shah, or Falu as she is popularly known

As everyone waits for the 61st Grammy Award night, Indian-born musician Falu Shah, who scored her first Grammy nomination, keeps her fingers crossed.

Living her dream and making the entire country proud, Falguni Shah is one of the only two Indian-born nominees at the 61st Grammy Awards held on Sunday. Falguni, or Falu as she is popularly known, is a New York-based singer and lyricist whose album Falu’s Bazaar has been nominated in the Best Children’s Music category.  The other nomination is that of Indian American of Sikh origin Snatam Kaur, in the ‘Best New Age Album’ category for her album Beloved.

Interestingly, Falu’s Bazaar was actually inspired by the singer’s son, Nishaad’s questions. “When my little son turned four and started school, he came home with a lot of questions such as, ‘Why is our food yellow? Why do we speak a different language at home versus school? Why do we count our numbers differently?’,” Falu shares, adding, “So I decided to make this album to give him and all other children, who come from different and diverse backgrounds, a sense of identity. I wanted to reassure them that they have the advantage to draw from both — their cultures and the American way of life.”

Talking about her Grammy nomination, Falu adds with a smile, “I was quite surprised and tickled to find out that Falu’s Bazaar reached the Grammys. I did not expect this level of popularity. I’m expecting the best of the best times and enjoy myself fully at the Grammy!”

Trained under sarangi player and classical vocalist Ustad Sultan Khan at a young age, Falu shares that she was charmed by the music of R.D. Burman and The Beatles. Initially trained in Gujarati folk music, ghazal and other non-classical genres under Kaumudi Munshi and Uday Mazumdar, Falu went on to learn Hindustani classical music under Sultan Khan and later from the Jaipur-Atrauli doyenne Kishori Amonkar. She shares, “When I was six, I met with an accident and the pain was unbearable. To cope with it my mom asked me to sing. I never stopped singing after that day and became a professional musician. I got my masters in Indian Classical music and learned Western music as well. I created a new genre of music called ‘Indie Hindi’ that became popular in the US and resulted in my first album called FALU.”

Even after she got married and moved to New York from Mumbai, Falu’s passion for music didn’t stop. However, while she was dedicated to her craft, Falu’s journey was not all rosy.

“Not much was known about India or Indian music in the US, so yes, it was hard. But I can also say that there is a big appetite for diversity and certainly musicians from India have contributed a lot. Even with the challenges, music gave me the power to keep going and  courage every time I failed. I hope to continue evolving and bring the power of Indian classical music and instruments to bear.”

Falu has also had the opportunity to collaborate with the likes of American composer Philip Glass, Wyclef Jean, Ricky Martin, Blues Traveler and Yo Yo Ma. In fact, she even shared the stage with one of India’s most reputed musicians, A.R. Rahman. “He is a beautiful human being and an extraordinary composer. A man of few words but he says so much through his music,” Falu shares talking about the music maestro.

She goes on to add, “It was my second album, Foras Road — that drew from folk, classical and semi classical music of India — that got noticed by AR’s team. We sang together at the White House for President Obama’s First State dinner for Prime Minister Manmohan Singh.”

Meanwhile, Falu has already started working on her next project, which is inspired from Urdu poetry by Mirza Ghalib and other ghazal/Sufi masters. “This album will present the poetry in a way that speaks to a 21st century global audience,” Falu concludes.