After the video, a Che Guevara meme with her face is viral on Twitter 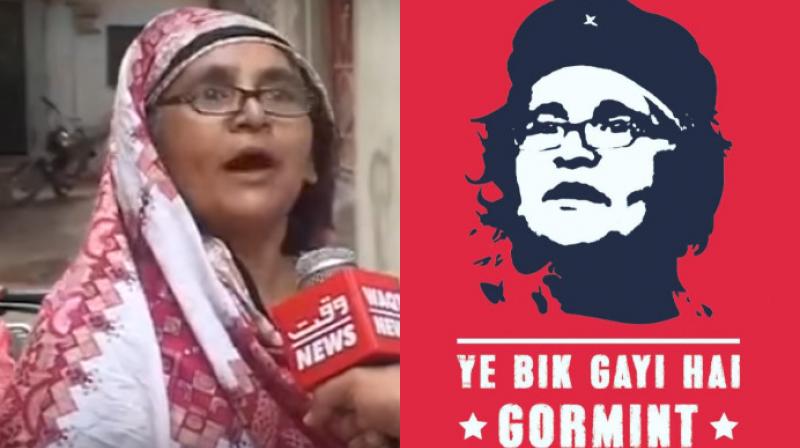 The Pakistani aunty which made news a few weeks back because of her news video criticising the government. (Photo: Twitter)

Social media has recently seen many common men and women attain international fame and while ‘Salt Bae’ ruled it for a while, the Pakistani aunty abusing the ‘gormint’ (like she says it) has resurfaced. While it was the video earlier, this time it is her face photoshopped into Che Guevara’s that is doing the rounds.

While many versions of the video were made and shared on the internet, the dialogue ‘Yeh bik gayi hai gormint’ was used by a supporter during an anti-Trump rally that got more people talking about it. A few days back, people photoshopped the face of the Pakistani lady into Che Guevara’s face that has gone viral again. Many people are using it in memes are it has gone viral on Twitter too with many comedians making alternate situations.

Twitter took to talking about the popular phrase and they are absolutely funny. The aunty definitely doesn’t know the fame she has achieved because of her video on social media that has made her an internet sensation.

Read the tweets below:

Met my ex after 3 years.