Of life, poetry and people

Parvathy says the world is in turmoil because of lack of respect and acceptance. 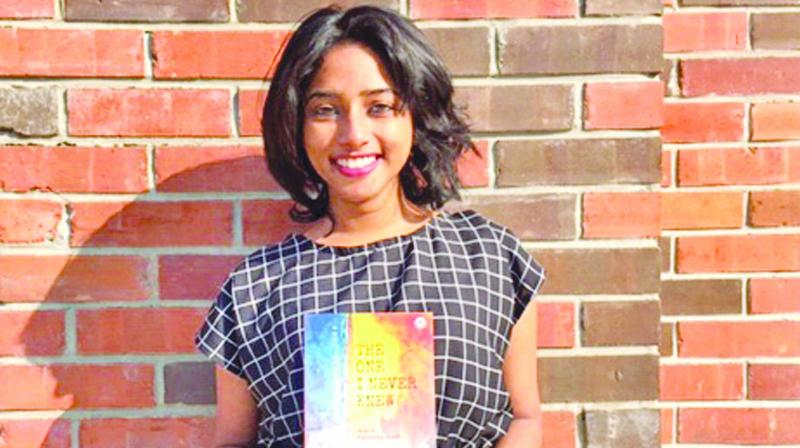 Parvathy Salil, a 21-year-old poet, is indebted to two people in her life. One is her former English teacher and the other, Shashi Tharoor. Her English teacher, Rajeshwari Nair, who taught her at VNSS SN Trusts Central School at Cherthala, instilled in her the love for literature and poetry. Her metamorphosis from a student to a poet saw her coming up with a collection of English poetry, Rhapsody. Last year, Cherthala native Parvathy bumped into Shashi Tharoor MP; she sought his autograph and he ended up writing a blurb on her second anthology of poems, The One I Never Knew.

Parvathy’s parents were keen on her pursuing science and she studied the subject until higher secondary school. She says she was so bad in science that she never wanted to pursue it, much to her parents’ displeasure. It was a chance encounter with Rajeshwari teacher that changed her approach towards academics. When she told Parvathy that she has got a flair for writing, she set off writing poems depicting life. By 12th standard, she came up with Rhapsody, which comprised 19 poems dealing with four themes — love, life, nature and women. Parvathy always yearned to write more and just when she was looking for a pertinent theme, she came across a documentary on Syrian war, in which a mother was seen carrying her toddler with rubble all around. That prompted her to write about intolerance. She says the world is in turmoil because of lack of respect and acceptance. These thoughts kept bugging her, making her write poems about the woes of human beings.

Parvathy bumped into Tharoor at the Mathrubhumi Literary Festival held in the capital city last year. The little fan prodding him for an autograph intrigued Tharoor and he enquired about her interests. When she informed him that she had already published Rhapsody, Tharoor encouraged her to write more. He even gave her valuable advice to improve her writing skills. Much to her surprise, Tharoor wrote a blurb in The One I Never Knew.  He wrote, “Parvathy explores and gives voice to not just the themes of intolerance and a lack of empathy that has become endemic in our times, but also the beauty of nature that surrounds us. An interesting perspective on life from a promising young poet.”

Now, her parents, D. Salil Kumar, senior regional manager with a leading pharmaceutical company, and Prof. R. Anitha, assistant professor at S. N. College, Kumarakam, don’t have any complaints about their elder daughter who is keen on pursuing Ph.D. in English Literature from Oxford University in the near future. After completing graduation in Communicative English and Masters in English Literature from St. Teresa’s College, Ernakulam, Parvathy is currently doing a fellowship pursuing one-year diploma in Liberal Studies. But the love for teaching has made her decide to continue her stint in University of Ashoka, Haryana, for a second Masters degree. With determination writ large on her face, Parvathy says, “Within five years, I will complete my Ph.D. from University of Oxford and enter the academic arena.” Her flair in English has reaped rich dividends; she bagged the first prize in Marrs Spelling Bee contest, second prize in the state-level competition and was a finalist at the national level in 2014. Whenever Parvathy is in her home town, she goes to the capital city for reciting her English poems in All India Radio’s Yuvarani programme.

Parvathy also has a strange hobby. She memorises poems of almost all the leading poets. She did not want to reveal who her favourite poet was. On requesting, she reluctantly revealed that American poet Maya Angelou is her favourite and that she loves reciting her poem Still I Rise. Summing up her interview over phone from Haryana amid her busy academic session, she said that she would continue dabbling in poetry along with her teaching career. According to Parvathy, her younger brother Sanjay Salil, a student of Hotel Management and Catering, is the biggest critic of her poems.