Twitter reacts to Stan Lee getting accused of sexual misconduct 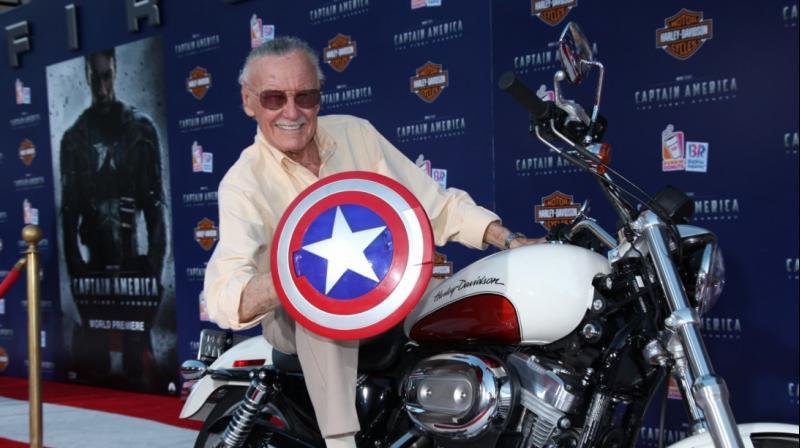 The allegations of sexual misconduct against Stan Lee comes after a year that has seen Hollywood being rocked by the Harvey Weinstein sex-scandal. (Photo: AP)

Expects to see the millions of RIPs...😩

Instead, finds out that:🤯 pic.twitter.com/SaYzPxvKnr

The legendary Marvels comics creator, Stan Lee, at 95, was recently accused of sexual misconduct by nurses who cared for him in his home.

According to allegations, the nonagenarian asked nurses for ‘oral sex’ in the shower and to be ‘pleasured in the bedroom’. The story was published by the Daily Mail.

The allegations of sexual misconduct comes after a year that has seen Hollywood being rocked by the Harvey Weinstein sex-scandal following which numerous actors started the #MeToo movement.

However, if twitter trends are to believed then not everybody agrees with these serious allegations.

As soon as the news was posted, a lot of twitterati took to the micro blogging site to cite their serious reservations against the allegations.

Stan Lee is being accused of sexual misconduct. Hasn't ever been accused of anything like this his entire life and now, at the age of 95, he's being accused? Plus, the accusers haven't released their names and want only money on compensation? Yeah. I call bullshit.#StanLee

Checking out why Stan Lee is trending. #StanLee pic.twitter.com/DdNGIf459I

So #StanLee is 95 years old. 77 adult years of no prior history regarding sexual assault. And now they tryna run up on him after his wife died.. FOH.. Stan please reboot the MCU and take my money all over again. pic.twitter.com/i2aJv6q6KA

It’s really getting Disgusting that now EVERYONE seems to be accused of Sexual Harrasmemt even a 90+ Yr Old #StanLee who just lost his Wife of Many Yrs not to long ago. I believe there’s a portion of Women who are telling the truth but now some are making it up for publicity

So let me get this straight, #StanLee has no accusers through 94 years of his life, about 70 of those being an icon, and he finally becomes a sexual deviant at age 95? Coincidentally the same year that all women are accusing someone for harassment? I'm sorry, but gimme a break.

You will not degrade #StanLee ! The only thing Stan Lee sexually assaulted was my imagination. He's 95. This is def #extortion

You will not degrade #StanLee ! The only thing Stan Lee sexually assaulted was my imagination. He's 95. This is def #extortion

I saw that "Stan Lee" was trending and my heart skipped a beat...false alarm everyone, #stanlee is alive, just an allegation from a tabloid that is deemed highly untrustworthy. @SLMissy @Andrewkdimas pic.twitter.com/Y1ZU5Dsxsl

*Sees it's by the #DailyMail*

Stay strong @TheRealStanLee we know you're innocent. It's fishy that no names were given, only want money, and it's by the Daily Mail. #StanLee

And then there were these people,

#StanLee gets accused of sexual misconduct. Not a scrap of evidence other than the word of two women who are demanding compensation, but that's enough proof for some idiots. pic.twitter.com/CFB96D5IUj

And then there were those who actually came out in support saying that something was definitely fishy!

A woman should not feel threatened by a 95 year old man like #StanLee . At that point she should have more testosterone than him. Stop being a #soygirl

Don't accuse a 95 year old of groping. He was probably just hanging on for dear life. #StanLee

This whole shit with #StanLee is such bullshit! Why if you're supposedly attacked would you not go to the police but instead blackmail for money? This generation of fucking guilty until proven innocent is dangerous, y'all really gonna let a bunch of money grubbing cunts run a