As a television producer, Rajan Shahi ensures he does everything possible to safeguard his crew on set. 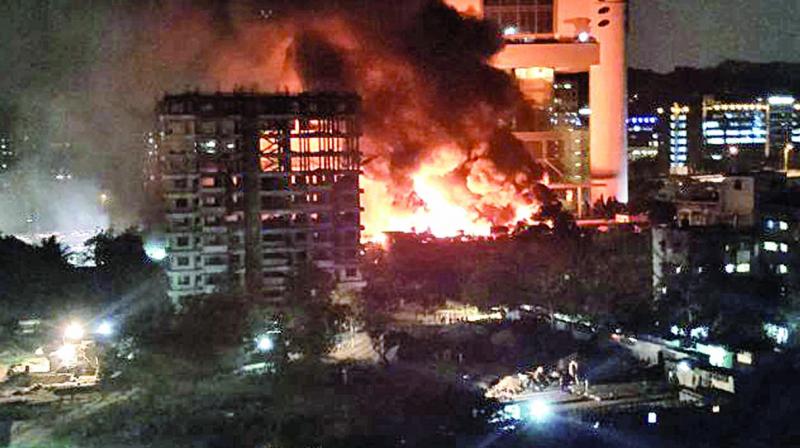 Just a few days after the massive Kamala Mills fire engulfed two restaurants and took the lives of 15 people, another fire broke out at the Cinevista Studios in

Kanjunmarg last week. At the time, several prominent actors and actresses like Jennifer Winget, Harshad Chopra, Sehban Azim and Namrata Dubey were shooting at the studio. Though most of the 150 members of cast and crew were able to escape, a technician was burned to death.

Accidental fires are becoming an alarmingly common phenomenon with fires breaking out every so often. And television studio fires are even more commonplace than others. Last September, Stage One of the iconic RK Studios in Chembur was gutted in a fire that was reportedly started as a result of a short circuit.

While actor Rishi Kapoor was reported saying that he was “devastated” and that “everything was lost”, from the stage and the equipment to iconic old costumes and even memorabilia, the exact cause was only determined much later. 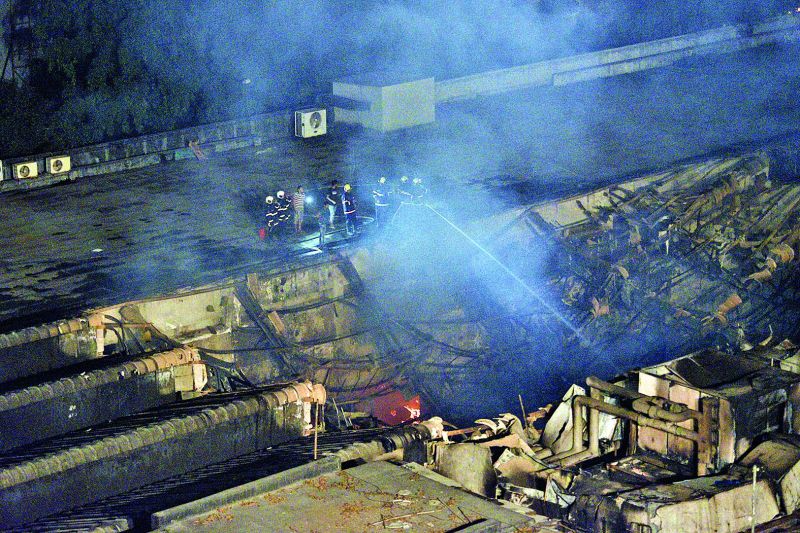 Anil Dharker, who pioneered fire safety regulations in multi-storied buildings in India, points out that short circuits are a recurrent cause in fire accidents, and all the more common for studio fires. “A studio is home to many inflammable items. From the heavy equipment and wiring to the props for the shooting — the inflammable items only make the space more vulnerable to fires,” he says. Explaining how props and wires promote the growth of a fire, Anil credits the jugaad policy. “Studios often lack proper wiring and the wire joints are almost always made out of black tape, which isn’t entirely foolproof against fires. If nothing else, it aids a growing fire,” he explains.

Television actress Renuka Shahane believes that the reason the city is slowly being engulfed by one fire after the other is because of utter disregard for fire safety. “It is just that the fire safety standards, in general, are not taken seriously,” she says. Recalling an incident from the past, actor Vatsal Sheth points out that fire-safety norms should be taken seriously.

“We don’t take the dangers of disregarding fire safety seriously,” he laments, recalling, “When I was shooting on an international cruiser with Ajay Devgn as an assistant on his directorial venture U Me Aur Hum, the laws regarding fire safety were so strict and inviolable. There was just no way a fire mishap could have happened,” he says.

As a television producer, Rajan Shahi ensures he does everything possible to safeguard his crew on set. From carrying out fire safety drills to making sure each and every person in his crew is aware of what to do in case of a mishap. But he believes that everyone on the team should share the responsibility. “It is an individual accountability — everyone needs to ensure each others’ safety on the sets. Take care that they don’t help start and/ or spread the fire.”

While instances like these are inevitable, actor Gaurav Chopra explains that reducing the possibility of disasters like these to a bare minimum should be the goal. “People who critically execute decisions on the sets should be the ones taking the initiative of going to the director and making an investment towards incorporating safety norms,” suggests actor Gaurav Chopra. “There should also be parameters set for fire safety, and studios need to adhere to these parameters and be allowed to function only after they have passed all the norms.”

— With inputs from Nirtika Pandita and Subhash K Jha