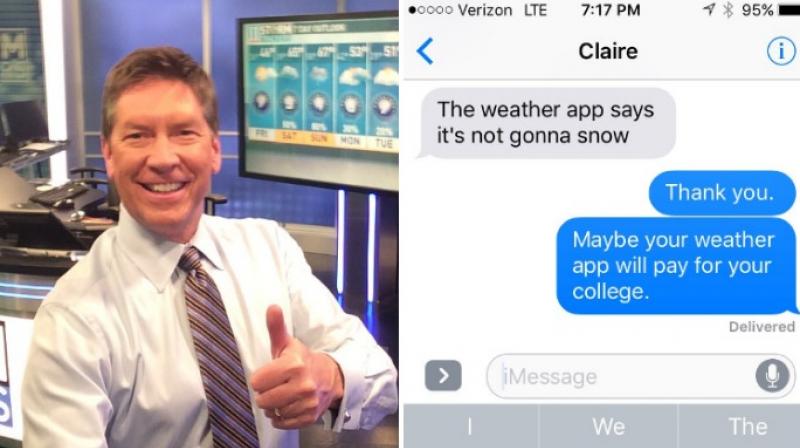 The father is a meteoroligist in Atlanta and had predicted that it would snow when his daughter sent him the text.

The youth might be really good with the internet and rule it with their trolls and memes all the time. A meteorologist dad however owned the Internet when he tweeted his reply to his daughter’s text message.

Chris Holcomb, a meteorologist from Atlanta was having just another day in his life when he received a text from his daughter. According to a report in AdWeek, the text said that unlike her father’s prediction, it wouldn’t be snowing today according to the weather application on her phone. The meteorologist had a very interesting reply to give to his daughter, which read “Maybe your weather app will pay for your college”.

After Chris tweeted about it, the tweet has gone viral and has many fans that think it is really hilarious. When Holcomb was asked about it, he said, “I just thought it was so ironic that her Dad is a chief meteorologist, but she still was checking her app for a weather forecast!”

Chris Holcomb has surely earned many more followers with that response to his daughter and we cant help but laugh at it.