Technology may be a convenient tool to express love today, but it has sounded the death knell for good old-fashioned romance. 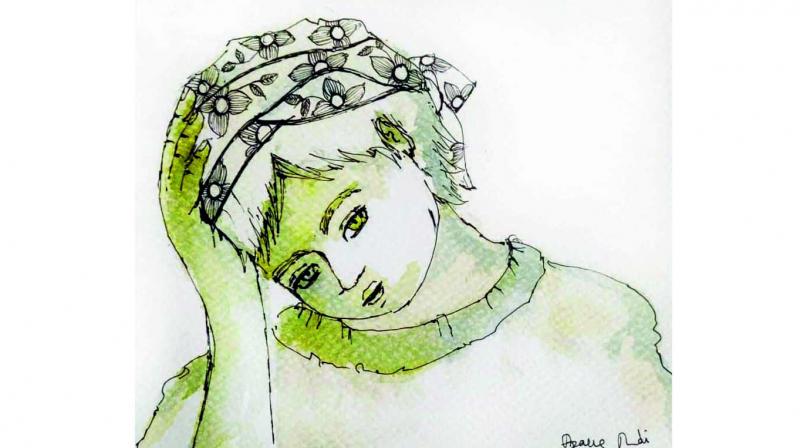 Not so long ago, it was the meeting of two strangers at a book club or a friend’s party, where they exchanged shy glances from across the room that sparked an interest. Discovering a mutual admiration for Bob Dylan or crime thrillers would then propel them to see each other again. Love letters too, had that taste of longing mixed with anticipation!

But with the advent of social media, the idea of love has metamorphosed into casual flings which often result in heartbreak and anxiety. This is an era of restlessness, perpetuated by the need to constantly check your phone, plagued by FOMO (fear of missing out), where everything, including emotions are “microwavable” — it seems that love has lost its essence.

In a country of nearly 600 million young people below age 25, does “true love” have a chance to survive? “There is no concept of love with hook up apps, there is only lust, which leads to fickle and brittle relationships,” says writer Manish Mishra.

That’s why Love in the Time of Whatsapp, a book being published by Juggernaut, is so relevant. The publisher admits, “When the history of the 21st century is written, it will be dominated by how the Internet changed every aspect of human life.”

“Technology has definitely changed the way partners/lovers interact with each other. It has made it easier for many young couples to talk to each other in a conservative society like India. But the language of love has changed drastically. Couples are constantly distracted because of notifications on WhatsApp and other apps. It has also become easier to keep tabs on each other through technology, often leading to toxic relationships,” says professor Aparna Mudi, a graduate from NIFT Delhi.

Given the great need to be ‘liked’ on social media, couples often get anxious when things get challenging even for a bit. Posting on social media on how happy a relationship is, using selfies even if you have had an argument with your special one has become the most important aspect of modern love.

Spying and stalking your ex-lover is rampant and blocking is one way of calling it quits, just like Facebook is where you end up for a background check. “People are not projecting their real selves, most appear different on their social media, as if they have assumed a new persona,” says Mishra. Not surprisingly, social media is a major cause of anxiety, according to study published in the Journal of Social and Clinical Psychology.

“In our younger days, we used to run to the neighbourhood Archies Gallery, where hours would be spent selecting the choicest words and the most innovative designs. The most exciting cards were also bought during Valentine’s Day, with romantic messages. Glitter pens would accompany the purchase, and calligraphy would be the choice in typography. This simple card exchange was something to look forward to, and would turn one nostalgic on finding these cards many years later during one’s cleaning spree,” says Kolkata-based textile revivalist Paromita Banerjee, who has preserved handwritten cards given to her by her parents. Today, however, you have an emoticon for almost every emotion! “There is no personal touch. It is hard to tell what true love is as the sentiments do not carry through in these typed messages,” she explains.

Meanwhile, referring to another story from the book, where a man uses a beta virtual reality device to experience the life of an unknown girl on the other side of the world, Mishra says, “If this is going to be love, where we sit on a chair and see what our love interest is doing in his/her life, then we have a lot to fear about the future of mankind.”