Actor Ellen Barkin’s tweet should be an eye-opener, she said, “I have bad news for T.I. After six months of vaginal sex my hyman broke.” 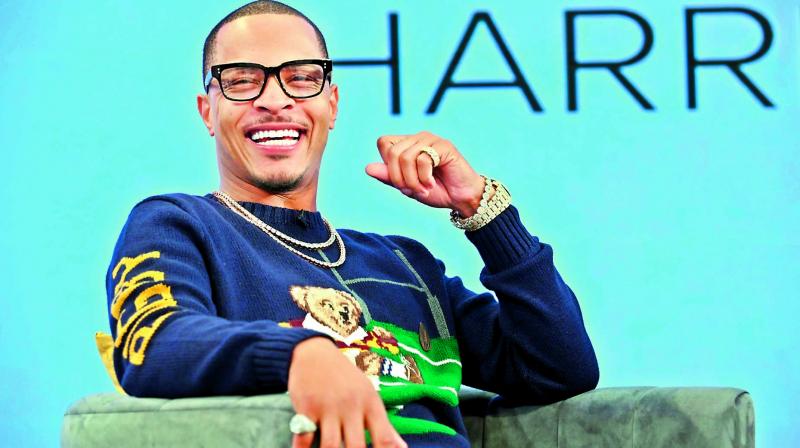 US rapper TI’s revelation on the Ladies Like Us Podcast that he takes his 18-year-old daughter Deyjah Harris to a gynaecologist every year to check her hymen is intact and she is a virgin, has drawn outrage the world over.

The World Health Organisation (WHO) labels this practise unnecessary, traumatic and humiliating. Celebrities everywhere are tweeting their disgust. Celeb chef Padma Lakshmi tweeted, “The double standard of the patriarchy is truly insane. Young women are fully capable of making their own informed decisions about their bodies and their sexuality.”

Actor Ellen Barkin’s tweet should be an eye-opener, she said, “I have bad news for T.I. After six months of vaginal sex my hyman broke.”

T.I’s actions are wrong on every level. This kind of intrusion into his daughter’s privacy and the obvious lack of space the poor girl gets from her dad should be illegal.

Even in a country like India where parents can be quite controlling with adult children, by trying to make decisions for them like who to marry, what to study, where to live ... by threatening to cut the purse strings, this is unacceptable behaviour.

A two-year old too needs his/her space in life. While parents have every right to worry about their children and could want them to refrain from sexual activity at a young age, it’s not healthy to think you can have access to their every inch of their space and force them to undergo medical procedures.

Rudra Dalmia, director at Paytm and father of two girls says what T.I did is disgusting. “It’s a despicable thing to do to your child apart from being sexist and misogynistic. I feel the doctor should be barred for agreeing to conduct this test. The more we try to “control” our kids the more we lose them. Actually control is a bad word, you need to be a good influence to them.”

Well-known gynaecologist Dr Swapna Yendru says she would never agree to conduct such a test and if she was the family doctor, she would recommend immediate counselling for the entire family since there are serious trust issues here.  As a mother too, Dr Swapna is appalled. “These days premarital sex is common, as a parent you hope that your child makes sensible decisions. After they are 18, it’s their choice, you can only hope that you brought them up sensibly.”

Anuradha Acharya, founder Mapmygenome agree with the above view. As a parent when it comes to premarital sex or any other topic she believes you need to have an honest discussion with your child, where you are respecting them as individuals. “Being a parent doesn’t mean you can impose your thoughts upon your children. Have an open relationship with them where they can talk and confide in you.” Hope T.I gets some sense since his daughter had been liking tweets criticising her dad for his control freak behaviour.