Walk on the ‘wild’ side!

We get chatty with gamers in namma ooru who disagree with the finding as they let us in on their relationship with video games. 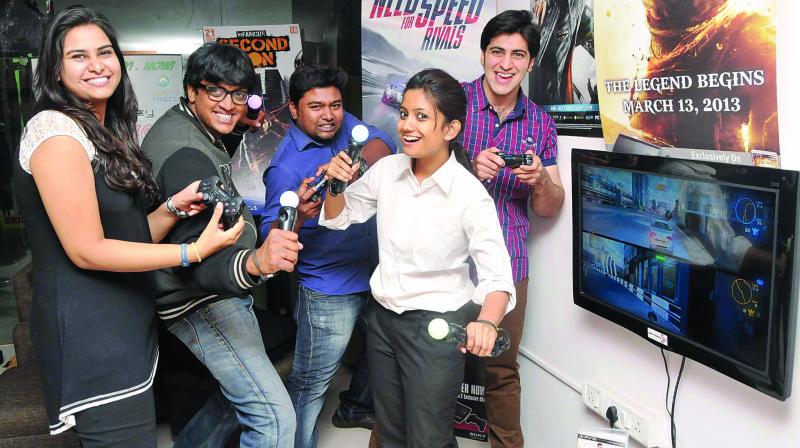 Teens who have a penchant for playing violent video games are most likely at attack people in real life, points out a new study. We speak to local youngsters to find out if they agree with this report.

While PUBG, Call of Duty and Assassin’s Creed continue to entice youngsters and teenagers alike, a recent study  has gotten them up in arms and defensive. The study states that people, between the ages of nine to 19, who play violent video games, are more likely to attack people in real life.

Teenagers in the city beg to differ!
We get chatty with gamers in namma ooru who disagree with the finding as they let us in on their relationship with video games.

Agnibha Pahari, a second-year BA student from Christ College, says, “I don’t play video games all the time. It is only when I’m really into it. It gives me a rush; to be able to do things that you cannot possibly imagine doing in real life. When I’m gaming, I’m a different person. But, in real life I’m nothing like it. I would be rational and reason things out and solve a problem like any person, whether or not they play video games, would. There is not much of a difference. Gaming is a huge part of my life but isn’t my life itself. But I do believe that if you live in a society where you have easy access to these weapons, and violence is a daily occurrence, then maybe it could affect/influence them.”

Gawin Infant, a student and a gaming enthusiast, who does not completely agree with the research justifies the finding and explains the possibility of such occurrences. He says, “Personally, I have drawn a clear line between my life as a gamer and my personal life so, it doesn’t affect me. But it might be true for those who are addicted to such games; people who spend 10-16 hours a day on their laptop/phone screen participating in these games. It takes up a huge part of their life, only making it natural for them to exhibit such behaviour. An individual’s background and upbringing also plays a huge role here. But to say that gaming alone can cause destructive/violent behaviour is irrelevant. Something that I don’t understand neither will I agree with.”

Moving away from the teenagers, we find out how millennials in the city feel about it. 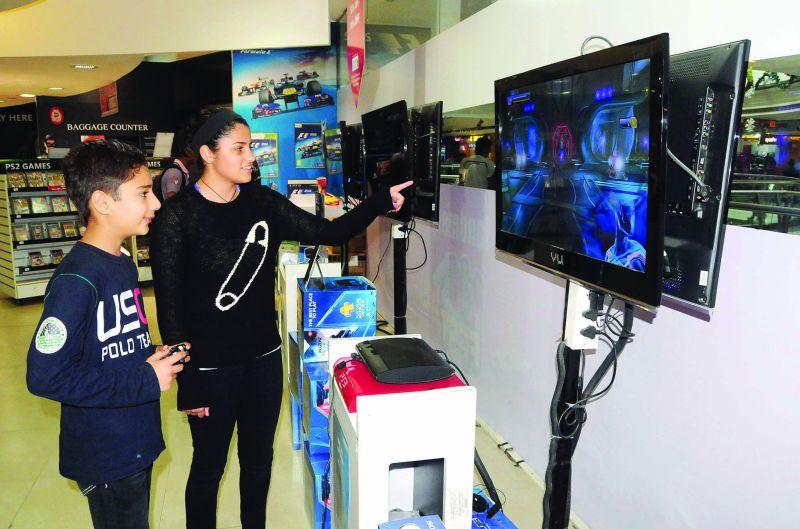 Allan Raj, a lecturer at Sheshadipuram College, throwing in elements of literature, expresses his anger and frustration towards people and scholars who opine that video games can be bad influence. He says, “Jack the Ripper never played these video games. Neither am I a footballer just because I play FIFA. These are means of entertainment and remain that way to a huge majority. The whole idea that violent games make people violent is an excuse for censorship. Talking about the minority who do exhibit violence, it is not solely the influence of these video games. The people around them, be it their parents, teacher or friends, influence them way more than a video game ever will.” Although evident in recent studies, all they can highlight is a possible correlation between those who play video games and violent behaviour. However, by this,  we would not be able to conclusively say that violent video games are the cause for violent behaviour among teenagers.

Elaborating on the same, Ninoy Rodrigues, a psychology lecturer and a gaming enthusiast himself, says, “If you take the average gamer, he/she is a non violent individual looking to fulfill the thrill of violence, just as any other fantasy of an alternate reality by using video games as a means of escape. That or to kill the  boredom. Most teenage gamers aren’t violent in reality. The chances of a bully being a gamer is a lot less than them being into outdoor sports and activities. That being said, the classification of games based on age appropriateness  is definitely required as early experiential  exposure of  any form does have consequences. And therefore in a case where a child is too young and in the prime of forming cognitive concepts, exposure to violence can contribute to a formed schema that might prove to be troublesome in terms of their behaviour.”