A bushel of laughter everyday

Creator of the popular Awkward Yeti comic strip — Nick Seluk — speaks about the creative process that goes into his gag-a-day online comic strip. 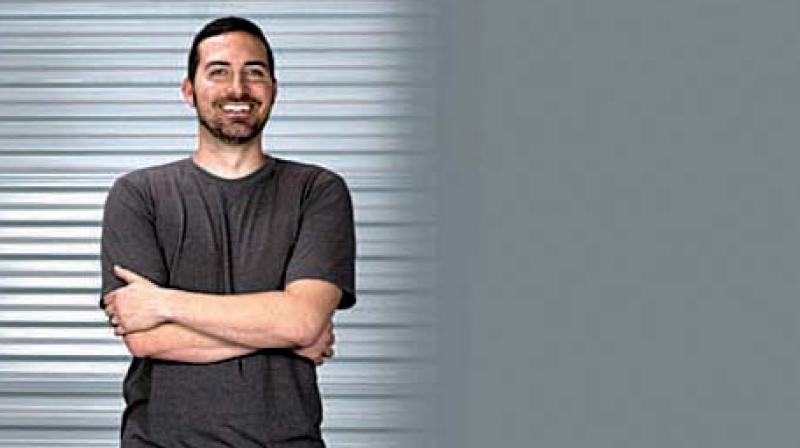 The fumbling Awkward Yeti, Heart, with its impulsive flights of fancy and Brain, with its cautious, step-by-step nature, have become favourites for most people who follow comic strips on social media. Whether it’s just to post a message on a friend’s timeline on Facebook, or a pick-me-up dose of laughter, this gag-a-day online comic strip has become a go-to for many. Nick Seluk, who started out in a corporate world with its black-and-white boundaries, moved on from graphic designing under those circumstances and took up web-comics full time. Now a published author with an entire franchise of The Awkward Yeti under his belt, Nick, who has flown down to Mumbai for Comic Con, speaks about his journey, how he first got into comic illustrations and more…

How did you go from studying psychology to writing comics?
My mom actually tried to get me to go to art school, but I thought I couldn’t make a living with it. I gave up on comics early on, but after studying psychology used graphic design as a practical entry into the art world. When I started my design career I never imagined comics being any more than a hobby.

You publish a comic on a day-to-day basis. What are a few challenges that come with it?
The day-to-day part is difficult. I find some weeks I’ll have a comic every day, but others I struggle to come up with a single one. Writing a comic that’s free while balancing a merchandise business that allows me to post it for free can be tricky. And being funny — that’s not always easy.

How did you merge the context of Awkward Yeti and Heart and Brain? Did you see yourself experimenting in the future?
I didn’t really plan on doing anything like it at first. I introduced Brain, because it was a humorous way to talk about Lars’ anxiety and the things that may have held him back. After a while, I thought it would be funny to do a strip with the impulsive Heart. And that’s when things really started to take off, and Heart and Brain became their own duo. It’s interesting that Heart was intended to be a cameo character, but became an inspiration to me, and one of the most the most popular characters in the cast.

Some of your comic strips about organs can teach one more than a biology. Do you think about targeting a young audience with some of your educational comic strips?
When I make the strips, I think, “How would I want to learn about this?” And so I don’t necessarily make them for kids. While researching I often find that materials made for kids are so much clearer, the diagrams and examples are simpler, and it’s easier to learn concepts. So, I think making educational materials for kids would be a natural progression. In fact, I am starting with a book about the Sun that I’m making for a major US publisher.

How easy or difficult is it to humanise the heart and brain?
I think it’s pretty easy to make them seem human, because they represent aspects of human behaviour that we can all relate to. Sometimes we may be more like one or the other, and that makes the character seem even more relatable.

Can you tell me something about the creative process behind these works?
It usually starts with a lot of panic that I haven’t made a comic in a while. Then I try to think about things that happened to me that day or recently — feelings, decisions, anything that required thought, but not enough thought for it to be a conscious memory. Then I think about why I felt that way, or what internal struggle was required to reach a decision, however mundane. Those are my favourite ideas, the ones that people know about but don’t think about, that I like to bring to the surface so we can all relate and laugh at ourselves.

What does the word “design” mean to you?
Design to me is a much broader word than it gets credit for. I consider a creative approach to solving a problem to be a form of design, whether it’s designing the notes that will make up a song, the layout of a comic panel, or a 3-dimensional product.  Everything made by people is designed to fill a need or to create a certain mood or emotion, and because we adapt so quickly, there are infinite opportunities to improve things as we continue raise the bar.

What comes next for you in terms of projects or a design related project you’ like to try out?
I have so many ideas I don’t know where to start. But long term, I think animation would be a dream come true.