Millennials are loving the idea of anticipating a response to their hand-written letters. 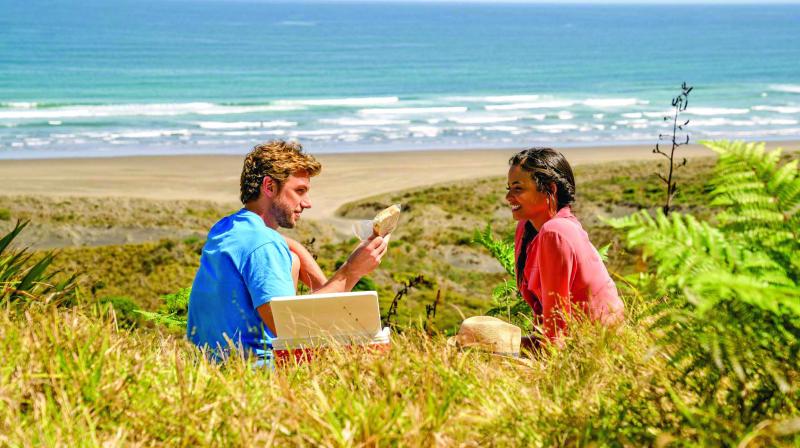 A still from the movie Falling Inn Love, where they discover letters from the past, used for representational purposes only.

In today’s world of Internet, we have forgotten the bittersweet emotion of waiting for a message from a loved one. The concept of sending letters or postcards has become a mere theme for movies and series.  Everybody is so busy these days that they have forgotten the feeling of penning down words on a piece of paper, sealing it in an envelope, writing down the address of the receiver and pasting the most colourful stamp on the top right-corner.

The idea is very simple, all you need to do is log into the website; write your messages and the address to which you want to post your letter or postcard. Everything else is taken care off, by the people working at this initiative.

Talking about reviving the culture of posting letters and postcards, Sagar continues to say, “People write all kinds of messages that are posted to addresses worldwide. From a simple ‘thank you’ note to a loving ‘miss you’ message, there are a lot of emotions penned down on these postcards. This initiative has managed to excite government postmen as well. We often see a twinkle in their eyes and a glowing smile when we drop off those brown cards in the post-box.”

Shraddha Krishna, an artist from Bengaluru says, “I sent a letter to my family who stay in Chennai. I am so busy working that I don’t get enough time to talk to them, even over phone. So, when I sent a hand-written letter to them, they were touched. They knew that I took out a few minutes of my free time to write something for them. That meant a lot, not just to my family, but to me as well. This feeling wouldn’t have been experienced over a text message.”

Long distance relationships can be tedious and bridging that gap is a love-note.

Sangeetha Alwar, an English professor shares her anecdote. She says, “So the one thing that sets postcards and letters apart, from the internet messages is the anticipation. With internet messages there’s no waiting, there is no excitement in guessing what replies you could get. I guess it’s more of a “romantic” perception of waiting for a message from someone you care about.  I’d send a letter as  I’d take more care in crafting a letter than I do in sending messages. I sent a letter with my boyfriend as he left to study at Netherlands. The idea of a piece of me with him is just very sweet.”

Millennials believe in the power a hand-written letter. Himanshu Kaushal, a law student says, “I was bed-ridden for over a month and I was missing my girlfriend, who stays in Dehradun a lot. I sent a letter to her via this initiative. Being a part of the tech-savvy world, I could have sent a message but technology does not have a human touch to it. The feeling that the letter has my physical presence in it is lost over a mere internet message.”