Fanning the flames of fandom

Clearly, fandom is an interesting phenomenon, one that deserves to be looked at closely. 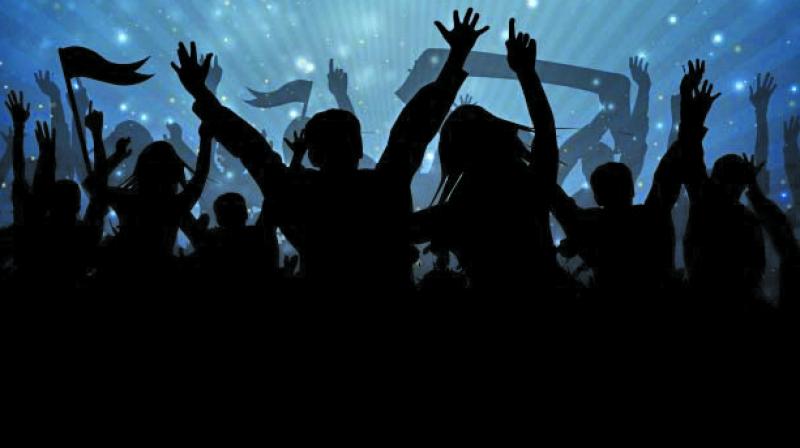 For those wanting a more hands-on approach to learning about fandom, two master classes await.

Mumbai’s first fandom conference will bring academics and die-hard fans under one roof, where they will dissect and discuss the overpowering phenomenon of fan love.

Fans are hard to ignore because in their zeal to attract the attention of their idol, they end up performing some crazy feats. Some have walked miles to meet a superstar, others have bathed theatres in milk, while the more adventurous have undergone repeated surgeries to look like the person they idolize. Even their icons have given them the occasional nod, like in the song Stan, which has Eminem rapping about an obsessive fan, or the time Shah Rukh Khan himself played one in his 2016 film Fan.

Clearly, fandom is an interesting phenomenon, one that deserves to be looked at closely.  And this is exactly what the Great Indian Fandom Conference – Mumbai’s first fandom-oriented conference – will be doing over the course of two days. Organised by the ‘India Culture Lab’, the conference will extricate and explore various aspects of the phenomenon through panel discussions, book readings and film screenings.

Koninika Roy, Catalyst at ‘India Culture Lab’, explains why this conference is one of a kind. “This conference will bring together fans, as well as academics who are studying fandom as a cultural phenomenon. Fandom studies are still in their nascent stage in India, but the pioneers of the field will be present,” explains Koninika. But this will not be a drab, droning exercise, as interesting perspectives are going to be explored. “Salman Khan fans refer to him as ‘bhai’, and we’ll be exploring what creates this ‘bhaijaan’ feeling. We’ll also be talking about what it means to be a fan, why do fans aspire to be like their idols, how do fans navigate their idols choices — for example, if your idol gets into politics, and you don’t like what he or she is doing — and what kind of businesses are evolving around fandom. The point is to look at how fans aren’t just people who have been ‘brainwashed’, but people who influence, question and at times, subvert mainstream conversations,” explains Koninika.

Two exciting panel discussions will delve into these aspects and more, and one of these titled Your Dil is Not Pagal, will have director Paromita Vohra talk about fan desires as a form of queer love. Another, titled ‘FanScaping’ Communities in India will bring together representatives of diverse fandoms, like Rajendra Aklekar from the Indian Railways Fan Club, Tik Tok star Geet, BangtanINDIA’s Twinkle Choudhury, co-author of With Love, To Sridevi, Syed Ali Arif and others, on a single platform.

For those wanting a more hands-on approach to learning about fandom, two master classes await. One, organised by author S.V. Srinivas will look at the politics of performed devotion, while another, conducted by professor Rukmini Pande, will explore fandoms in India and oversees. But what fan-related event is complete without blockbuster film screenings, right? Films like For the Love of a Man, Being Bhaijaan and others will be screened, post which the audience can discuss the films with their makers.

“We’re expecting about 100 plus Rajinikanth fans alone, plus Sridevi fans, K-pop fans, fan merchandise creators, fan-fiction writers and others. Basically, this conference is perfect for anyone who wants to learn about fan subcultures or understand better the politics underlying their own fandom,” Koninika signs off.